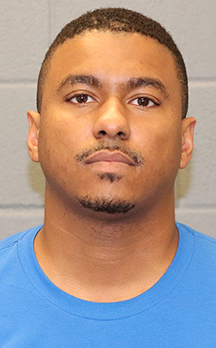 Investigators arrested 29-year-old Alex Landry at an apartment in North Richland Hills on Thursday, August 8, 2019.  Landry is accused of sexually assaulting a woman inside the Burlington Coat Factory Loss Prevention Office, located at 3000 Grapevine Mills Mall, on May 6, 2019.

The victim reported the assault to Grapevine Police on July 7, 2019, and officers launched an investigation.  A search warrant was later issued for Landry’s phone, and detectives found photographs of other women in Landry’s Loss Prevention Office.  Officers do not know the identities of these women, but believe they could be additional victims.  Grapevine Police urge any women who were confronted or assaulted by Landry to contact detectives during business hours at 817.410.3200 or after hours at 817.410.8127.

Alex Landry is charged with Sexual Assault, a Second Degree Felony.  His bond was set at $25,000.