On October 4, Fort Worth Country Day (FWCD) will honored the memory of late alumnus Barrett Havran by dedicating its track and field facility in his name. Now named the “Barrett Havran Track,” the dedication event will take place at 1 p.m. at the track’s new-and-improved entrance, located on the south side of FWCD’s Rosacker Stadium.

Havran was a 1998 graduate of FWCD and died in 2011 at age 31. While at FWCD, Havran achieved numerous accolades in both academics and athletics. During his senior year, he served as captain of the football and track teams and set multiple school athletic records – some of which he holds to this day. After graduating from FWCD, Havran accepted a scholarship to run on the men’s track and field team at The University of Texas at Austin, where he was the ninth-ranked decathlete in school history and ranked 18th in the nation before graduating in 2002.

This dedication marks a milestone in the ongoing fundraising efforts given in Havran’s memory over the years. In addition to the track’s new entryway, funds were allocated for updated fencing around the track’s perimeter, as well as added signage to the press box and concession stand area. The inside of the track features four new long jump pits, two new long jump runways, and a new pole vault runway and landing pad. An endowment also was created to support future track updates and improvements, as well as community service initiatives.

“FWCD is honored to dedicate this facility in remembrance of Barrett’s legacy and we’re extremely grateful for all of the generous donors who have made these new additions possible,” said FWCD athletic director, Brian Phelps. “Not only will these updates help improve our athletics amenities as a whole, but they will ultimately advance the practice and potential of our athletes.” 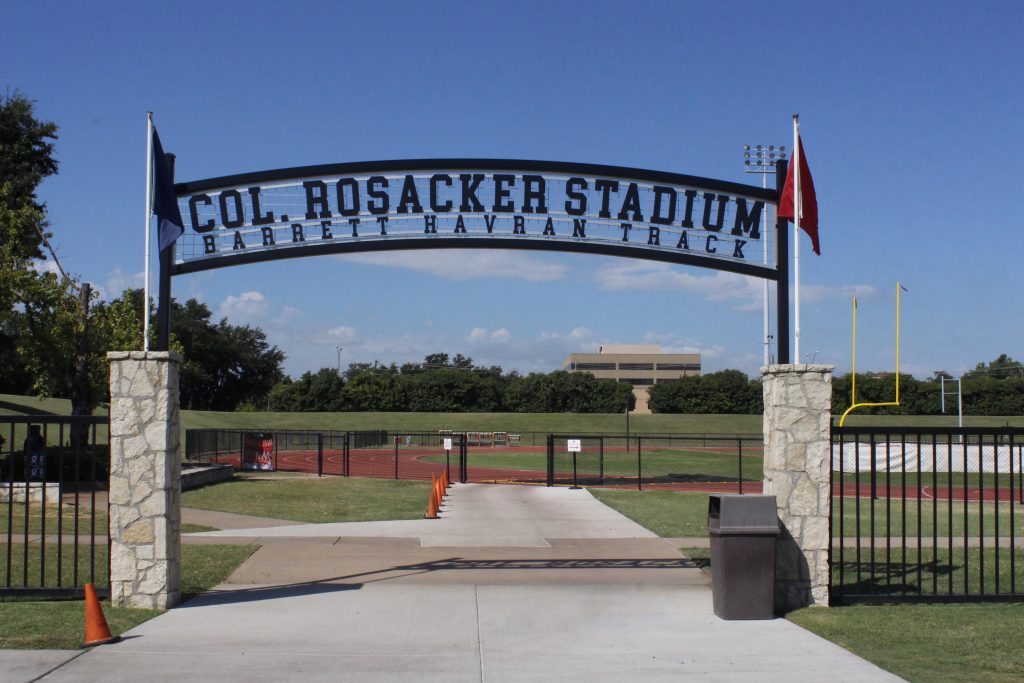