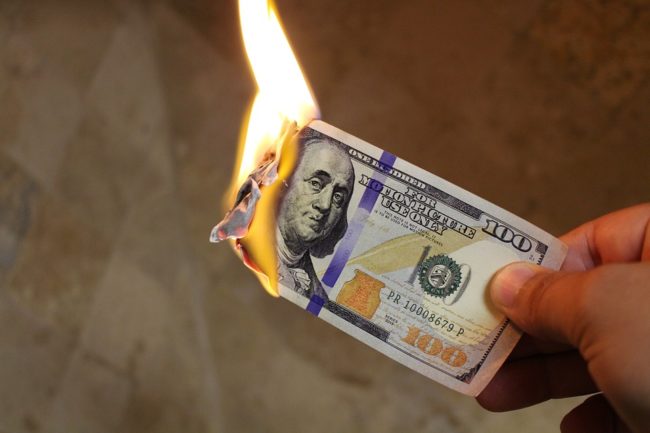 Today, as a special treat, an exclusive interview with Mike Bloomberg conducted by our very own anti-gun reporter and human rumble strip, Ima Nidiot.

As one of Mike Bloomberg‘s most faithful mainstream-media news reporters, I was flattered into hysteria to see my gilt-edged invitation to go interview my former boss in the wake of his recent concession in the 2020 presidential race. Although I’ve been ardently doing his bidding while reporting on the Second Amendment and those icky, gross guns for years, this was to be the first time I’d meet my hero face-to-face.

As I approached the gate of Bloomberg Mansion–a gift from sporting-goods store Dick’s Head Ed Stack, made from the melted-down AR-15s that Dick’s chose to destroy in 2018–I was so excited I couldn’t keep my spit in my mouth. Imagine my joy when I realized who was sharing the porch with me…the noted Hispanic presidential front-runner Beto O’Rourke. (Oh, I know he dropped out last fall, but he’ll always be the front-runner in my heart–not to mention all my other lady parts!) Before I had a chance to catch up with dear El Beto, we were both whisked inside–me for my interview, and him for some purpose of his own.

Ensconced in a throne that also appeared to have been made from the melted-down bits of AR-15s, our anti-gun deity peered down at me regally. “BETO,” he boomed through a series of subwoofers arranged at his royal feet, “WHY IS THE GRASS 3.5 INCHES LONG?!?”

“You can call me Francis,” sighed Beto. “I’m not in the race anymore so we don’t have to pretend I’m Latino.”

Well, that answered the first question on my list, “So now that America has missed its precious chance to have you dictate how much salt we can consume at one go, how are you holding up?” The answer, obviously, was “Racistly.” (Only–and here’s an Ima Nidiot journalism tip for you–we don’t call it “racism” when it’s a gun-grabber doing it. We prefer “bluntly opinionated.”)

As the dejected Beto left us alone, I prepared my next hard-hitting question for Mikey. He may be my former boss, my personal hero, and the personification of the word “tetchy,” but I knew I needed to really hold his feet to the fire and get some answers for the American public…or my name’s not Ima Nidiot!

“So now that the stupid people have rejected your amazing gift to the nation, what’s next for Mike Bloomberg?”

“RUNNING A NEW RACE oh excuse me forgot to turn off the subwoofers. I’m already putting myself out there in the next leadership role that’s perfectly suited to my skills and temperament,” replied Bloomie slyly. “You see, this neighborhood has a Home Owners’ Association, and as it turns out, the HOA president was just found dead in his home after having consumed 21 ounces of soda pop.”

“Oh, what a terrible coincidence,” I cooed, “if only he had listened to you! So you’re running for the open seat–what’s your platform?”

“Well, first of all, it’s a disgusting tragedy that we have the power to keep the grass at 3 inches even, but leave it 3.5 inches tall. So that’s definitely a plank in the platform–the grass must be exactly 3 inches high all the time, just like Pete Buttigieg.”

“Fascinating!” I purred. “What else?”

“The flower beds,” he growled, leaning down in his Iron Throne to meet my eyes. “The flower beds must have no more than nine of the same flower in the same bed. THIS I VOW! Also, it’s going to be illegal to park your car anywhere on your property. Visible cars reduce property values,” he explained, thumping one tiny fist on his throne, “and property values are even more important to me now that I just flushed half a billion bucks down my gold-plated toilet.”

“You sacrifice so much for the good of our undeserving America,” I mourned sadly. “I hope those deplorables realize the beautiful opportunity they lost to become the serfs on your private fiefdom. Do you have any advice for the candidates still in the race?” I asked. (I find it’s always good to end my hard-hitting journalistic articles with a note of hope.)

“Yeahh,” replied Bloomie. “Tell them…tell them to just…do what Hillary says. It’s just going to go so much easier on them if they do. And please…could you tell her I said that?”

You bet, Bloomie Baby! I’ll make sure to keep broadcasting your anti-gun message as loudly as I can while I continue pretending to be unbiased, or I’m not a mainstream journalist, and my name’s not Ima Nidiot!