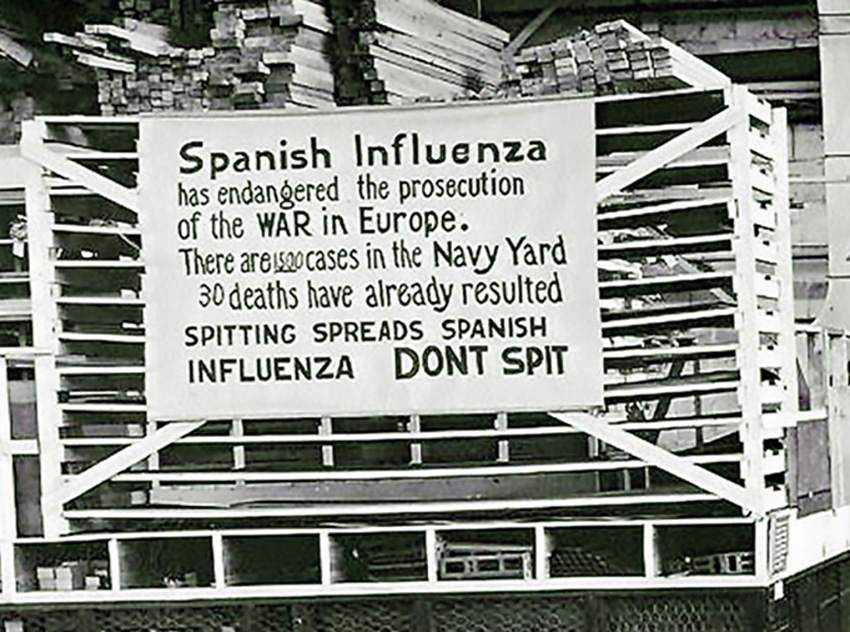 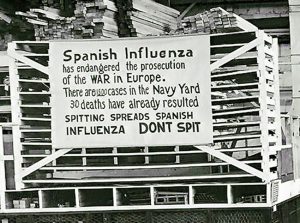 By Alan Mozes
HealthDay Reporter
MONDAY, April 20, 2020 (HealthDay News) — The virus struck swiftly, stoking panic, fear and mistrust as it sickened millions and killed thousands — and now, more than a century later, the 1918 Spanish flu pandemic offers lasting lessons for a world in the grip of COVID-19.”The questions they asked then are the questions being asked now,” said Christopher Nichols, an associate professor of history at Oregon State University, in Corvallis. “And while it’s very rare that history provides a simple straightforward lesson for the present, this is one of those instances.”

Experts say there are four key takeaways from 1918.

Here’s the first: As devastating as the current pandemic may be, the Spanish flu pandemic remains the worst in world history — by far, said E. Thomas Ewing, a history professor at Virginia Tech in Blacksburg.

Here’s the second takeaway: There are key differences between 1918 and the COVID-19 pandemic.

“Then, they didn’t even know it was a virus,” Ewing said. “There had been decades of research on microbes, so they understood that it was transferred person-to-person through respiratory drops, by coughing and sneezing. But viruses weren’t discovered until the 1930s, because they didn’t have powerful enough microscopes.”

As a result, testing wasn’t just hard to come by. It simply didn’t exist.

Spanish flu was also more infectious than COVID-19, caused symptoms much faster and was far more deadly, Nichols said. And unlike COVID-19, which poses the greatest risk to the elderly, Spanish flu targeted the young.

“It affected everyone young and old,” Nichols said. “But it disproportionately killed the healthiest among us — the all-American 22-year-old football player, the strongest lumberjack. People in their prime were getting struck down very quickly. So, the fear that animated people in the fall of 1918 was qualitatively different.”

The third takeaway: Despite those differences, the parallels between 1918 and 2020 are still striking. In both cases, there was no vaccine and no treatment for the disease along with an overriding fear that a besieged health care system might crack.

And here’s takeaway No. 4: In both pandemics, the most effective immediate response was — and is — social distancing, Nichols said.

“It was called ‘crowding’ control” back then, he said. “But whatever you call it, limiting contact worked in 1918 — and it works today.”

And the faster comprehensive closures and social distancing are put into place, the quicker a pandemic can be brought under control, Nichols added.

Those who lived through the Spanish flu learned that lesson the hard way, according to Carolyn Orbann, a medical anthropologist at the University of Missouri, in Columbia.

“As with all pandemics, in 1918 you had a tension between biological reality and socioeconomic reality,” she said. “Biology is not changeable. But behavior is. So yes, social distancing was absolutely a thing in 1918, and where it was practiced, it worked.”

But out of fear, panic, mistrust, special interests — and even sheer boredom, Orbann said, many were too slow to get on board and too quick to jump ship. Historians see the evidence in letters written at the same time by the same families.

“The mother is saying, ‘We all need to be patient, lay low and wait it out,’ while the daughter is saying she’s had enough of no school and no friends, and she’s planning a Halloween party, just as the highest number of deaths are happening,” Orbann explained.

That tension helps explain the absence of an early and forceful federal response in 1918, according to Nichols and Ewing. Instead, officials played down the risk and stalled for time.

Why? Some reasons were unique to 1918. “The Spanish flu hit during a pivotal stage of World War I,” Nichols explained.

By the time the first presumed U.S. case was identified in March 1918 at a Kansas army base, there was great concern about troops getting sick. That concern was well-founded: The close quarters of Army camps were petri dishes for illness, Orbann said.

“Boys would … come back in body bags in such numbers that eventually it became almost impossible to separate the war effort from the pandemic,” she said.

And early on, the federal government had reason to play down the 1918 outbreak, Nichols noted. Flu fatalities were low, the first nationwide draft was on and industries were nationalized, and thousands of troops were headed to the front lines in Europe. “The focus is entirely on the last big push to end the war,” he explained.

So, the advice from Washington, D.C., back then might sound familiar today: Don’t panic. It’s no big deal.

“At first, they tell the public it’s not a big problem, or — as the name suggests — that it’s a foreign disease that only affects ‘others,'” Nichols said.

It wasn’t until the fall, after a more virulent form of Spanish flu had emerged, that Washington, D.C., got tough. In the meantime, the absence of a federal response “left cities and states to go off on their own and make decisions for themselves.” Nichols said many chose the economy over public health — and they put off social distancing, with fateful results.

While cities like Seattle and San Francisco ordered people to wear masks if they were out in public, many others did not. New York City never closed schools, contending they were cleaner than homes — even though by October 1918, when deaths began to skyrocket, many cities did.

According to Ewing, “There were a lot of inconsistencies.”

Two studies published in 2007 in the Proceedings of the National Academy of Sciences looked at the effect of health measures in more than 15 cities in 1918, including mask laws, business-hour restrictions, and the shuttering of schools, theaters, churches and dance halls.

Both studies found that cities that acted earliest and most forcefully — like St. Louis, which imposed a near total lockdown within two days of its first Spanish flu case — had much lower peak death rates than cities that hedged their bets — like New Orleans, Boston and Philadelphia.

The point is not that social distancing is a total panacea, but that there’s no “business-as-usual during a pandemic,” Nichols said.
So, he said, the lesson from 1918 is clear.

“If public health is the main focus, then eradicate that from your mind,” Nichols said. “The Spanish flu tells us that social distancing works. And it works best if we act early, act fast and stick together — and base our decisions not on social or economic concerns, but on science and data and facts.”