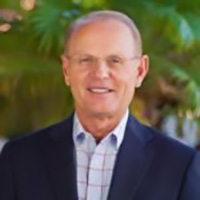 We have been patient, even though every projection of the impact of the Coronavirus has been grossly wrong. We were told to flatten the curve because there was no cure, even though a very small number actually die from the virus in comparison with the population and other diseases and causes of death we live with on a daily basis. Now, over 22,000,000 people have lost their jobs in one month … and there is more economic fallout to follow … much more. In our county, in the same period of time that we had five Corona-related deaths, we had fifteen suicides.

We waited for our Governor to tell us he was ending the restrictions that have ruined our economy and our livelihoods. Instead, he made an announcement about an announcement and appointed a task force to further delay getting everyone back to work when he could have restored everything with a stroke of his pen. Since he as our governor put the restrictions in place by his edict, he should have simply removed them with some guidelines by the same process. Shockingly, his big action was to tell those struggling with mental and emotional health issues to go to the state parks with a mask on rather than opening the churches and suggesting they seek help there. He also decided to allow some elective surgeries since the hospital systems in Texas are losing money because so few are actually in the hospital. And he allowed retail businesses to open up for curbside shopping … he didn’t say where the change rooms were, presumably in your car or on the sidewalk.

Enough of the ridiculous!
It is time to open up Texas based on the following five words…

We have Rights,
We are Americans who have a constitution and a bill of rights.

We take Risks,
We are Texans who stand tall and realize that life has some risks. That should be our choice, not the mandate of the state attempting to protect us from every perceived harm.

We will Resist,
Because it is our right to do so, we are free people. Unless an overwhelming number of people let our officials know that we are done with their mandates and edicts, we will continue to be controlled by them.