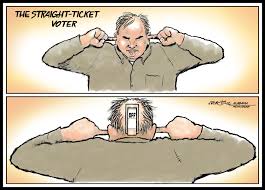 AUSTIN – The United States District Court for the Southern District of Texas today dismissed a lawsuit in opposition to Texas House Bill 25, which requires voters to individually vote for each candidate on a ballot instead of using “single-punch” voting to select all candidates of a single party. The law encourages voters to give thoughtful consideration to each race and to complete their ballots in full. The Court held that the plaintiffs lacked standing because the objections they raised to the law—that it would create long lines and cause voters to become confused—were speculative and could be mitigated by careful management of local elections and focused voter education.

“I applaud the District Court for dismissing this lawsuit, which was based on nothing more than suppositions and hypotheticals. Nothing is more vital to preserving our Constitution and the rule of law than the integrity of our voting process, and my office will do everything within its abilities to solidify trust in every election in the state of Texas.”