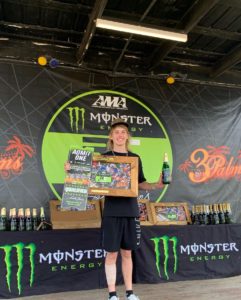 Motocross racing in August at country music star Loretta Lynn’s Ranch in Hurricane Mills, Tennessee.  The official title is the AMA Amateur National Motocross Championship, but dirt bike racers and their families refer to it as “Loretta Lynn’s”.  Ahlers is a seventeen year old senior at Grapevine High School and has been riding since he was four years old.

According to Motosport, Loretta Lynn’s hosts 36 racing classes ranging in age from four years old to more than fifty.  Nationally only 42 riders in each class qualify to compete at Loretta’s, and many of those riders are professionally coached and practice daily.  Ahlers is a full time student and also works part-time, but dedicated himself years ago to achieving his dream of racing at Loretta’s.  He has also competed in races in Nashville, TN and Las Vegas, NV.

Ahlers competes in the highly competitive 250C and 450C classes and will be competing in the 450C at Loretta’s.  Proud parents, Doug and Sabrina Ahlers, have dedicated countless days and hours toward helping Aidan reach this level –  definitely a win for the whole family. 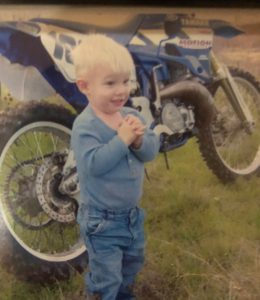 Aidan with his dirt bike at an early age! 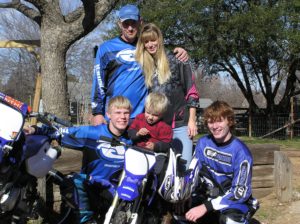 Aidan with his first dirt bike on his 4th birthday! With mom, dad, and brothers – Blake Pope and DJ Ahlers. 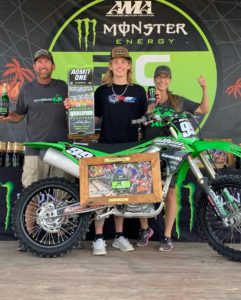