DALLAS, TEXAS – The Northern Texas PGA (NTPGA) is pleased to announce that Chad Moscovic, PGA, has accepted the role to become the Section’s Director of Golf Park Programming starting at the end of June.

This is a new role that the NTPGA Board of Directors and executive staff spent time developing with the Northern Texas PGA’s upcoming move to Frisco in mind.

Along with the Section’s new office building on the PGA Frisco campus, there will be the adjacent Dr. Bill Blair and Randy Smith Who’s Next Pavilion and 2-acre synthetic turf, lighted Golf Park. The purpose of the pavilion and the Golf Park is to expand the NTPGA Foundation’s community outreach and growth of the game programs. The new position was created to develop and guide this expansion, and Moscovic, a long-time member of the NTPGA, has been hired to lead the way.

“We are thrilled to welcome Chad to the Northern Texas PGA team,” said Mark Harrison, Executive Director/CEO of the NTPGA. “Chad will be an exceptional member of the team and is extremely qualified and eager to take on this vital role as the Section looks to begin this new phase at PGA Frisco.”

In this role, Moscovic will be responsible for the overall success of Golf Park programming by planning, budgeting and excuting all programs. Programming will include after school programs, summer camps, PGA Jr. League, early start programs for kids ages 3-5, home school programs during the day, parent / junior clinics, skills competitions, Drive, Chip & Putt, special needs programs and PGA HOPE. Moscovic will also assist with the construction of the Golf Park by giving input on some design elements that can relate to and impact programming. Construction of the Golf Park will start later this month.

“I am looking forward to this new role and the challenge of creating something from the ground up,” said Moscovic.  “The NTPGA Foundation has set the stage, and with this new complex, we will be able to grow the game in many new and unique ways. I am most excited about engaging middle school-aged and younger boys and girls of all skill levels using a student-centric, play-based model that gives them the freedom to discover and explore the game. I am aiming to create the most dynamic junior golf community in the country, and I’m eager to get to work.”

Moscovic describes himself as a positive, enthusiastic, prepared and passionate professional. For the past five years, he has been the director of player development at Brook Hollow Golf Club in Dallas. Other previous roles he has held in the Section include the director of instruction at Stonebridge Ranch Country Club and Eldorado Country Club. Moscovic has won the Northern Texas PGA Professional Championship three times including back-to-back wins in 2020 and 2021.

He also won the NTPGA’s Randy Smith Youth Development award in 2016. This award is presented to a PGA Member who is a leader in junior golf, reflects the qualities and ideals of those who work with youth, and provides opportunities and experiences for juniors to learn and play golf. He also won the 2021 Section PGA Player Development Award, which recognizes a PGA Member for their extraordinary contributions to player development.

Chad’s first day with the Northern Texas PGA team will be Tuesday, June 21, 2022. 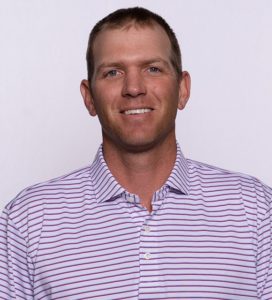 About the Northern Texas PGA

The Northern Texas PGA will be joining the PGA of America national office relocation to Frisco in the summer of 2022 with its own state-of-the-art headquarters on the PGA Frisco campus.

In addition to managing the day-to-day affairs of the Section, the Northern Texas PGA also operates a non-profit and charitable foundation that focuses on five pillars: junior golf, college scholarships, inclusion, internships and military & veterans.

The mission of the Northern Texas PGA is to serve PGA Members and grow the game.