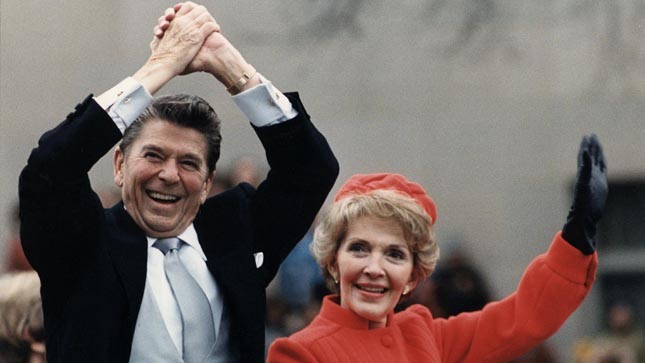 Nancy Reagan Has Died at 94 Today 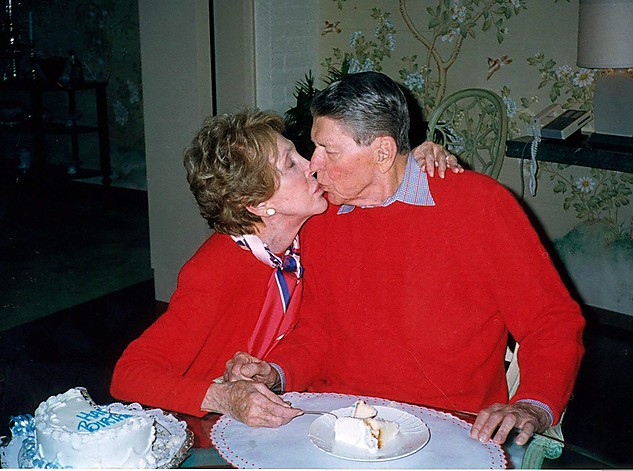 Former President Ronald Reagan is kissed by his wife Nancy in this photo made inside their Bel-Air home in Los Angeles, Feb. 6, 2000, on Reagan’s 89th birthday. The White House was informed that the 93-year-old former president’s health has deteriorated significantly in the past several days, a person familiar with Reagan’s condition said Saturday, June 5, 2004. (AP Photo/File)

Nancy and Ronald Reagan in 2000, after he disclosed he had been afflicted with Alzheimer’s Disease in 1994.