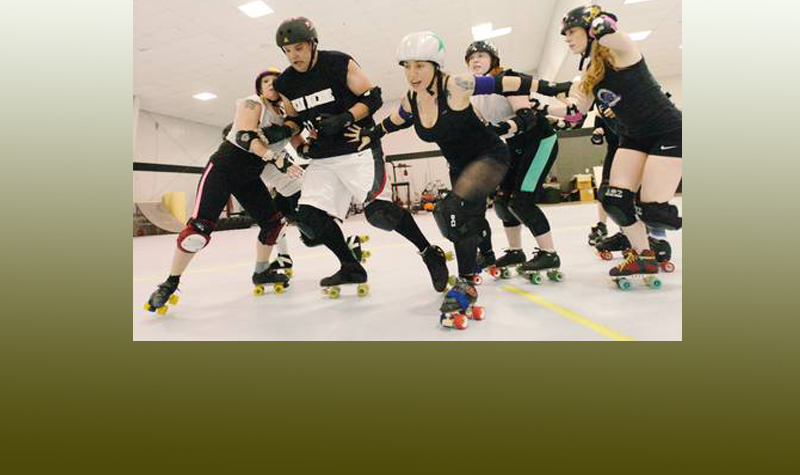 An owner of a Denton roller derby rink is headed to prison after a jury determined she bilked a Bedford company out of almost $1 million.

A Tarrant County jury sentenced Aurelia Anna Campbell, 41, of Trophy Club, to five years in prison on Thursday after finding her guilty of theft over $200,000 for stealing $941,600 over eight years from Ameritrans Inc. in Bedford, a transportation company where she was a payroll clerk.

An arrest warrant  said she may have used some of the money to pay child support and take care of debt, and some to buy Quad Roller Derby in Denton.

Bedford police seized about $25,000 from her bank account. Campbell was a payroll clerk for Ameritrans Inc. in Bedford from 2008 until last summer, police say in the affidavit. The company is a nationwide transportation service.

The warrant provided these details in the case:  At 18, Campbell was hired by the company out of high school and eventually began to handle payroll and accounts. In February 2015, Ameritrans owner Gary McLeod became suspicious and began to look into why his family business was not prospering. McLeod asked a retired CPA friend to investigate. In May 2015, the affidavit says, the CPA discovered that Campbell had written seven checks totaling $33,000 from the business’s account to herself and forged some of the signatures. Campbell’s divorce papers show that she was in debt.

In a meeting with McLeod, and the CPA, Campbell admitted she stole the checks and used them to pay child support and debts. McLeod asked her to check on how much she had stolen and how she was going to pay him back. On July 19, 2015, Campbell again met with McLeod and gave him a list of the checks she had stolen and cashed, but failed to document all of them. She also handed him a $12,000 check as partial repayment, but McLeod did not cash it. He fired her that day.

Campbell took the money every two-week pay period from the time she started her job in 2008 until she was fired in July 2015.

Police believe the money was embezzled this way, according to the affidavit: The suspect would deposit money from a company expense account designated for carriers into the account she used for direct deposit. She would then change the amount on the payroll to reflect only her regular salary being deposited.

Detectives believe she funneled some of the money into the purchase of the House of Quad Roller Derby in Denton in 2012.

At the time of her arrest, there were three area derby leagues: North Texas Derby Revolution in Denton; the Assassination City Roller Derby in Dallas and based at the Thunderbird Roller Rink in Plano; and the Dallas Derby Devils in Tarrant County, who skate at NYTEX Sports Centre in North Richland Hills.

The warrant also indicates that Campbell falsified employment documents to lease her house in Trophy Club. The documents stated that she was vice president of accounting at Ameritrans and that her salary was $169,000 annually, including bonuses, as of April 13, 2015. She also provided a false pay stub stating that she made $4,106.89 in a two-week period from March 7, 2015, to March 20, 2015, the warrant says.

Along with her roller derby career, Campbell is a body builder and was a trainer at Stroud’s Fitness in Hurst. When officials cleaned out her Bedford office, syringes and a small glass vial of liquid were found in a clothes bag. The liquid is believed to be steroids, the affidavit says. Patrol officers arrested her on Aug. 11, 2015, in the 100 block of Bedford Road during a traffic stop.