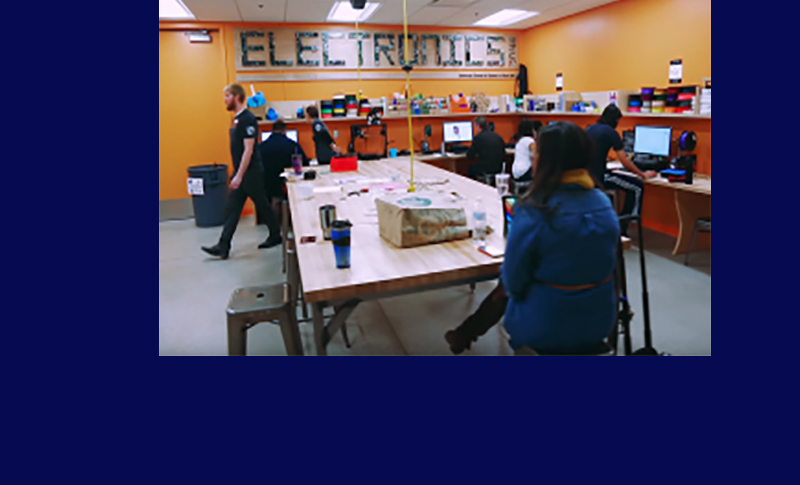 What are the “Must Haves” in Makerspaces?

AUSTIN, TEXAS, UNITED STATES, February 16, 2017 /EINPresswire.com/ — Those of you old enough may remember the satisfaction of building a ham radio or an FM tuner using those well-documented do-it-yourself kits from Heathkit or electronic parts from RadioShack. For a decade or two, it seemed like building things yourself was out of fashion. Today the trend is 100% reversed — creating your own “things” is more popular than ever — and collective makerspaces have popped all over the world to help people discover the joy of invention.

For many Americans, the long tradition of tinkering with mechanical and electronic parts seemed to die out during the 1970s. The venerable Heathkit company — which sold incredibly well-documented ‘do-it-yourself’ kits — was purchased by Zenith and then later a French conglomerate. Heathkit’s hobby kits — never a focus of the acquiring organizations — fell victim to the increasingly globalized electronics marketplace, which drove the cost of new products down to the point they were actually cheaper to buy fully assembled than in kit form.

No longer did America make much in the way of electronics; the vast majority of TV and radio receiver production moved to Asia.

Fortunately, the flame of do-it-yourself experimentation didn’t die out entirely.

In the spring of 1975, French organized the first meeting of the Homebrew Computer Club. Some of the biggest names in computing today were members of the club that started in French’s garage, including the two Steves (Jobs and Wozniak, founders of Apple). A year later, Wozniak had built the Apple I, their first commercial product.

As the PC revolution took off into the 1980s, software development stepped into the spotlight. Do-it-yourselfers and entrepreneurs created thousands if not millions of different kinds of programs for personal computers. 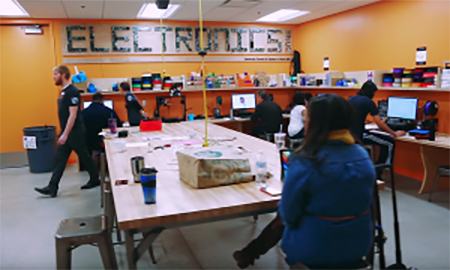 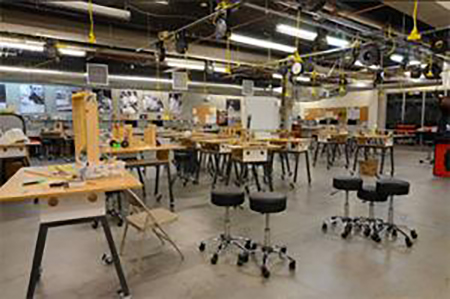 How Did Makerspaces Come into Existence?
During these ‘go go’ boom times in software development, there was a relative lack of interest by Americans in building “things” — after all, just about everything hardware-wise was made overseas in Asia.

Compared to software, there didn’t seem to be that much money in it.

Times have changed. Products like the iPhone and NEST have shown that software controlling mechanical objects makes hardware more interesting than ever before — and connecting them to the Internet makes them even more interesting. This so-called Internet of Things (IoT) is inspiring a new generation of entrepreneurs and experimenters like never before.

As a result, makerspaces, also commonly known as sheds in the UK and Australia and hacker spaces in Germany and Austria, have become a worldwide phenomenon. They allow the public to have access to relatively expensive equipment that can be used to experiment and make prototype products and more.

Some trace the roots of the modern makerspace back to the facility started in Berlin back in 1995. Known as C-Base, this collaborative facility was an offshoot of the German Chaos Computer Club (CCC).

A decade later, Paul Baum got the ball rolling in a major way: Baum opened Metalab in Vienna, Austria in 2006, then promoted the concept widely through a website Hackerspaces.org. Now there are over 1,000 active makerspaces around the world. Check out this interactive map to find out which ones are located near you.

Have You Visited Your Local Makerspace Lately?
As you can see from the map, there are makerspaces all across the world — sponsored by different types of organizations ranging from for-profit businesses to public libraries.

Professor Neil Gershenfeld from MIT’s Media Lab created the Fab Lab™ Foundation to promote widespread access to modern tools used for invention in each of their member Fab Labs.

TechShop, in contrast, is a chain of maker shops organized as a for-profit enterprise; it’s supported by its members through a monthly fee.

makerspaces also take the form of Business Accelerators, often organized by universities that want to leverage their research programs by bringing in investors interested in providing angel funding to budding entrepreneurs.

School STEM/STEAM Makerspaces
Schools that are interested in promoting science, technology, engineering, and mathematics curricula in schools (commonly known as STEM) are kitting out makerspaces to promote hands-on learning. STEAM is a related acronym: it adds “Art” to the educational program.

Back in a time when individual books were often beyond the means of ordinary members of the public, libraries were founded to share information and make it available to everyone. Similarly today, public libraries are purchasing expensive tools like 3-D printers to make them available to their patrons in newly constructed makerspaces.

What are You Likely to Find in a Makerspace?
Because makerspaces serve so many different audiences, the equipment at any individual makerspace can vary quite a lot. Here are some typical types of equipment commonly found in many makerspaces: