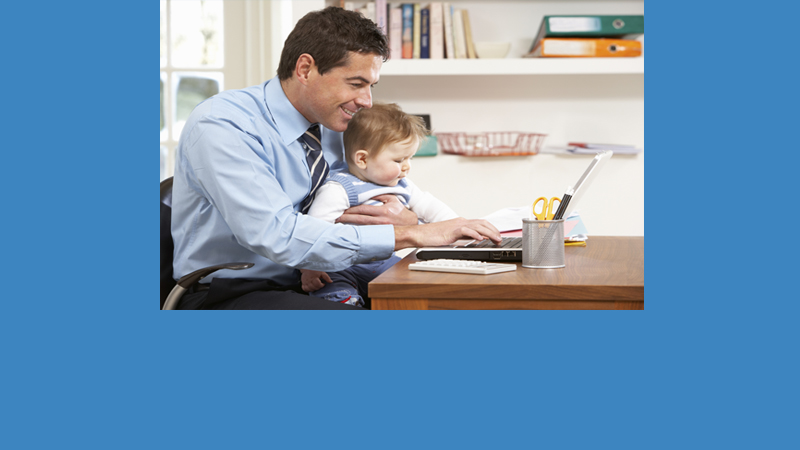 Fatherhood is not what it used to be. Back in the 1960s, American families relied on a single income, that of the dad, who spent much of his week at work while mom stayed home with the kids. Today, two-thirds of family households depend on two incomes. And the contemporary dad no longer fits neatly into the standard of the married male breadwinner and disciplinarian.

Regardless of the changing identity and priorities of the modern dad, fatherhood remains an undisputedly tough job. And a father’s ability to provide for his family is central to his role. In fact, nearly 93 percent of dads with kids younger than 18 are employed, according to the Bureau of Labor Statistics. But some working dads — those who live in states where economic opportunity abounds and quality of life is emphasized —have it better than others.

In order to determine the best states for men who play a dual role of parent and provider, WalletHub’s analysts compared the 50 U.S. states and the District of Columbia across 22 key indicators of friendliness toward working fathers. Our data set ranges from average length of work day for males to child-care costs to share of men in good or better health. Read on for our findings, expert insight on male-parenting issues and a full description of our methodology.

What are the biggest issues facing working dads today?

The biggest issue facing working dads is to maintain a balance between work, family and life in general. Much of the difficulty has its roots in the time constraints many American workers are facing. The United States is the only Western nation without a work-hour law restricting weekly hours. As a consequence, Americans work much longer hours than their European counterparts; many also have to deal with rigid work schedules. Coupled with the cultural assumption that men “should” be the breadwinners, many working dads find themselves struggle on both ends.

On the work end, many working dads — especially those from a lower class — may find it difficult to live up to the high standard of being an “ideal worker” and being a supporter, without devoting much of their time on the jobs. On the family end, this means that these working dads would have little time and energy left for their family members. This lack of ability to accommodate both work and family demands might be especially salient for Millennial dads, who, unlike their fathers, want to be more involved in raising their children but may not have necessary institutional support for achieving that goal.

How likely is it that men will take advantage of new family leave policies adopted in New York State and elsewhere?

As mentioned, dads from more recent cohorts are more likely to spend time with their kids. Indeed, fathers have nearly tripled their time with children since 1965. In this sense, men today are more likely to take advantage of family leave policies than their counterparts a few decades ago. That said, I’m not very optimistic of a high take-up rate of these benefits. We know this from various studies on family-friendly policies such as flextime. There is still widespread stigma associated with using such policies, as doing so would send the signal to your boss and to your co-workers that you’re not treating work as top priority, which in the long run may hurt one’s career.

Therefore, the formal existence of family leave policies is definitely a good starting point, but in itself it doesn’t guarantee its use. Without a correspondent cultural change in the norms and organization of work, hurdle still exists for more men to take advantage of these policies.

How can young fathers strike the right balance between career and family?

First off, I believe the “right” balance varies by individuals. Some fathers are more career-oriented, some more family-oriented, and all these preferences may well change over the life course. It is therefore impossible to offer a panacea. I think the best we can do is to create a social and working environment where everyone has opportunities and necessary resources to pursue their preferences without feeling pressured or judged.

In other words, the solution is not to change individuals but to change those restricting rules, norms, logics and practices around career and family that place enormous amounts of constraints on individuals. After all, even though young fathers themselves want to strike a balance between career and family, they might find it impossible to do so given our work cultural and the necessity to make ends meet.

The bottom line is, the answer is more likely to be found by changing the current work culture, the workplace built on the “male-breadwinner/female-homemaker” premise. An example, based on research from the Work, Family & Health Network and my own research, is to offer employees — men and women alike — more control over when and where work can be done. This way a win-win situation is more likely to occur: the work gets done, and employees — young father included — could use schedule and space flexibility to meet their family needs, e.g., to care for a sick kid rather than having to go to work while constantly worrying about their kid.

What would a local public health agenda focused on men look like?

One obstacle that prevents many men from going to see a doctor is their reluctance to seek help, which is viewed as a sign of vulnerability and weakness — exactly the opposite of “masculinity” many men aspire to live up to. Therefore, some educational initiatives could be designed to disassociate the link between help-seeking and weakness.

Further, as most men spend half of their waking time on their jobs, it’s important to incorporate the workplace as a key intervention locale. Many men do not engage in healthy behaviors such as exercising and healthy diet, not because they don’t want to, but because they don’t have sufficient time resources. Providing workers with more control over schedule might not at first glance look like a public health intervention, but studies have shown that schedule control is a very important resource whose benefits extend beyond the workplace.

Workers, for example, could avoid wasting hour-long rush-hour commute time and instead put in time at the gym or prepare for healthy meals. Even more, my own research shows that the healthy effect of schedule control crosses over to affect their spouses as well, which is not surprising given that schedule control is a resource that can be shared within a family, so the overall health benefits really double.

To determine the best and worst states for working dads, WalletHub’s analysts compared the 50 states and the District of Columbia across four key dimensions: 1) Economic & Social Well-Being, 2) Work-Life Balance, 3) Child Care and 4) Health.

We evaluated those dimensions using 22 relevant metrics, which are listed below with their corresponding weights. Each metric was graded on a 100-point scale, with a score of 100 representing the most favorable conditions for working dads.

We then calculated the total score for each state and the District based on its weighted average across all metrics and used the resulting scores to construct our final ranking.