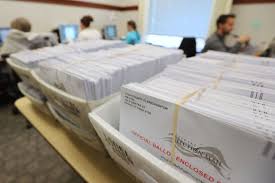 AUSTIN – Attorney General Ken Paxton today commended the U.S. Court of Appeals for the Fifth Circuit for granting a temporary administrative stay in an unlawful decision by the federal district court in San Antonio that allowed anyone in Texas to vote by mail using protections specifically created to aid those with an actual disability or illness.

“I applaud the Fifth Circuit for issuing this temporary stay while the case proceeds. Protecting the integrity of elections is one of my top priorities, and allowing universal mail-in ballots would only lead to greater fraud and disenfranchise lawful voters,” said Attorney General Paxton. “Law established by the Legislature must be followed consistently, including carefully limiting who may and may not vote by mail.”

Read a copy of the order here.