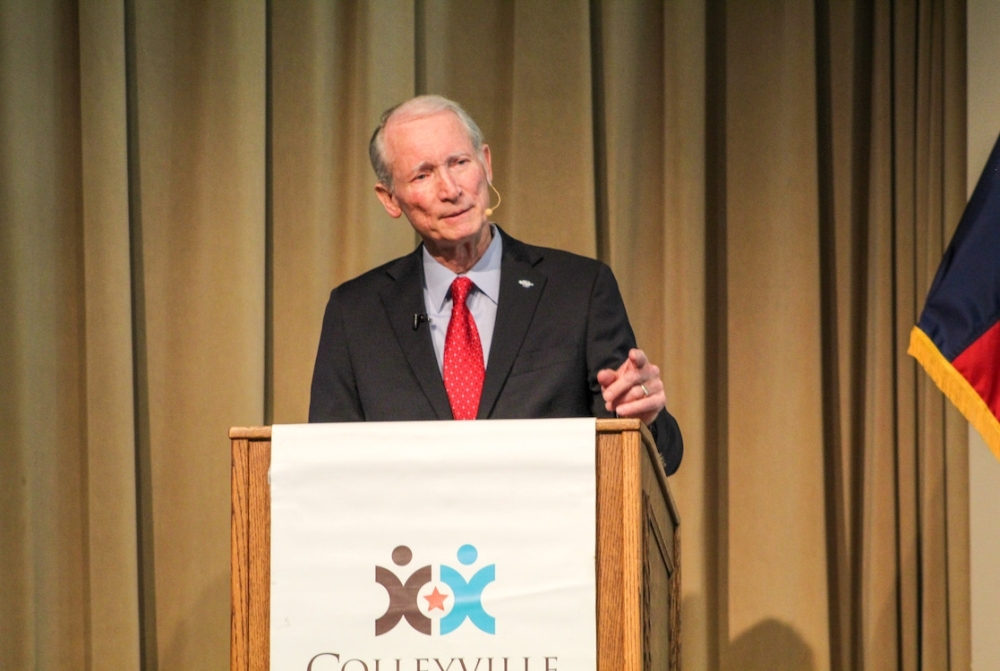 Colleyville Mayor Richard Newton delivered his State of the City address Feb. 9 at the Colleyville Center where he highlighted the city’s accomplishments across a range of local issues.

Newton emphasized the city’s business growth as well as public safety, quality, community, financial accountability and service as some of the main elements he is most proud of since being elected mayor in 2016.

The Colleyville police and fire departments were also highlighted by the mayor, who noted the numerous prestigious awards received by both throughout the years.

“We have the best police and fire chiefs in the nation,” Newton said. “And I genuinely mean that. You can go to any city—large or small—and not find a more skilled, professional and caring police or fire department. Colleyville consistently ranks among the safest cities in Texas and the nation.”