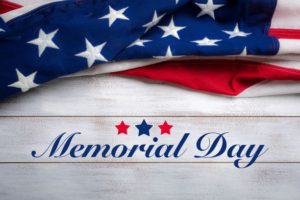 A special thanks to Pamela Savoie, a Gold Star Mother, for sharing the following:

The National Executive Board would like to share information sent to us by the Society of the Honor Guard, Tomb of the Unknown Soldier.  The SHGTUS is asking all Television and Radio networks and their local affiliates to join in a national campaign to observe Memorial Day in the way it was intended per the National Moment of Remembrance Act.

“In Arlington” is a poem written by Bob Martin, then President of the American Rose Society. Inspired by the higher meaning of the Tomb of the Unknown Soldier to the American people it is offered as our generation’s answer to the iconic poem of World War I, “In Flanders Fields”. The brilliant production of the dramatic reading entitled “In Arlington” by Treehouse Dream Films with introduction by Gary Sinise fulfilled that intent; it has been well received and critically acclaimed. It is quintessentially American. In the final analysis it will help America give voice to and keep bright its sacred duty to never forget all those that have served and sacrificed on behalf of America, in times of war or armed conflict. Like nothing else it will speak for our honored war dead; it will tell their story.

“Journey Home” is original score of music, written by Dr. Sara Corry: It is a perfect choice to celebrate the National Moment of Remembrance contemplated by Congress. This deeply moving music was inspired by 244 years of America’s unshakeable commitment to its sacred duty to never forget or forsake those who have served and sacrificed on behalf of America in times of war or armed conflict. The importance of this work issues from what the Tomb of the Unknown Soldier means to the American people and all freedom loving people of the world:
“[It] has, over the years, become an immortal shrine, representing American ideals of valor, service, duty, and patriotism. It is symbolic of the spirit of freedom, democracy, and unity which are the cornerstones of our Republic in peace and war.”

“The Tomb of the Unknown Soldier] more than anything else, manifests our nation’s deepest hopes and….some of our deepest fears when we call young men and women to serve this country.” … “The Tomb is that one place where we say to those Americans who have died, and to those who serve today and who will serve in the future, ‘We will not ever forsake you. ‘We will never forget you”.

With the language of music, Dr. Corry marshals the power and majesty of America’s promise and of a people committed to the principles and values that define us as Americans. It is a story of strength, hope, and power; of unshakeable commitment to those who fought and died so that America would endure. It is also a story of profound loss and suffering. With mystical insight and masterful use of music she melds these stories in such a way as the spoken word cannot convey. While she orchestrates the full sense of the battlefield and victory, she embraces the quiet suffering of mothers that come to the Tomb of the Unknown Soldier to mourn the sons that never came home from the wars. It is a haunting melody that captures the listener and gives voice to the deepest feelings. Experts in the music industry regard her work as brilliant. “Journey Home” has become a major element in America’s commemoration of the Centennial of the Tomb of the Unknown Soldier. As Abraham Lincoln spoke of the “electric cord” that connects us to every patriot grave, Sara Corry’s work has become the “electric cord” that reunites America with those millions that died so that America would endure. It is destined to become a permanent part of America’s patriotic music. It’s offered as our generation’s statement about love of our Country, what America stands for, and about those that have fought to keep it. Quintessentially American, “Journey Home”, with both the power of the story and the genius of the music, will in time displace Russia’s story embodied in the 1812 Overture. “Journey Home” speaks to and for America’s past, present and future generations. It is the soundtrack “In Arlington”. It completes the message: it fulfilled the Intention that that poem and more: It brought the poem and the visual media to an intensity where time stands still, and we are reunited with all those that have given their all.

“Journey Home” will provoke that emotional connection so appropriate for this Day when love of Country and remembrance of our veterans goes hand and hand.

This Act asks Americans to spend a moment of remembrance on Memorial Day, at 3:00PM. The time was chosen, because it is the time when many Americans are enjoying their freedoms on the national holiday. The “Moment” does not replace the traditional Memorial Day observances. It is intended to be to be a unifying act of remembrance for Americans of all ages.