Colleyville, Texas  December 16, 2015
The overflow crowd of citizens, turning in position cards, at the Tuesday evening City Council meeting opposed the Comprehensive Plan by approximately 190 for and 10 against or 95% against. 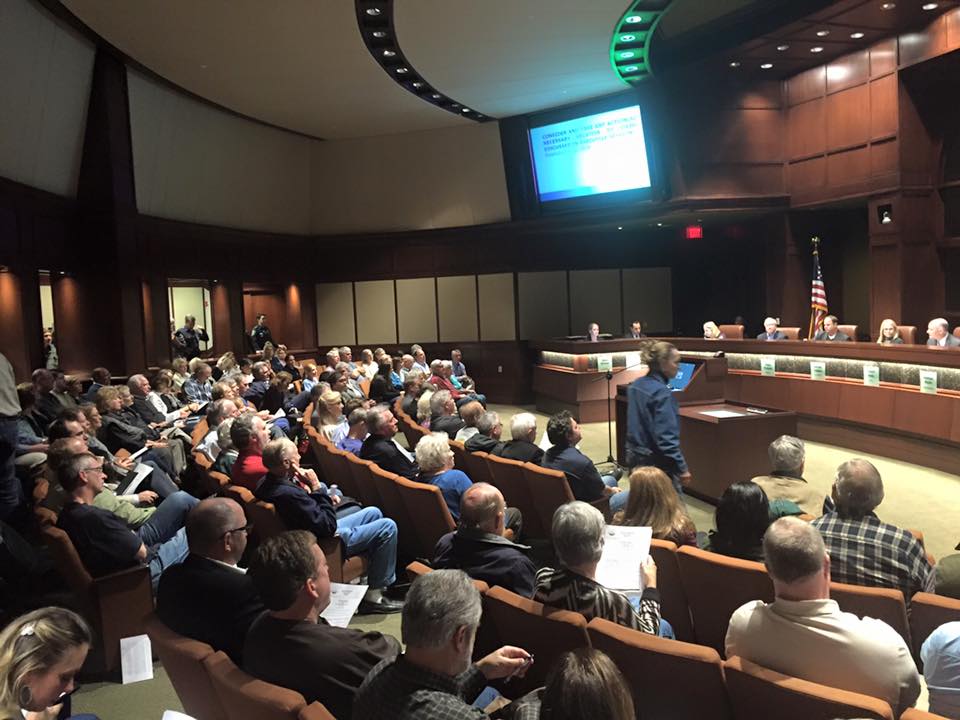 The Colleyville City Council was subject to more than 3 hours of public comment concerning the Comprehensive Plan, however voted to approve the Plan at a late hour.

In spite of pleas from the crowd to delay the vote, Mayor Kelly moved through the voting process, with the exception of a few minor changes agreed to by City council. Of note was the McDonwell School Road was removed from the plan.  However, all other visionary expansion of John McCain, Tinker and others remained.

Despite the efforts of Councilman Chris Putnam to get Mayor Kelly to at least agree to a workshop so the City Council could make a definitive decision on what the Plan’s 1.8 density plan would be calculated, Kelly said things could be amended and call for the vote.

As witnessed in the attached video, it did not appear the majority of citizens were convinced by Kelly’s proclamation of future fairness by changes in the plan.