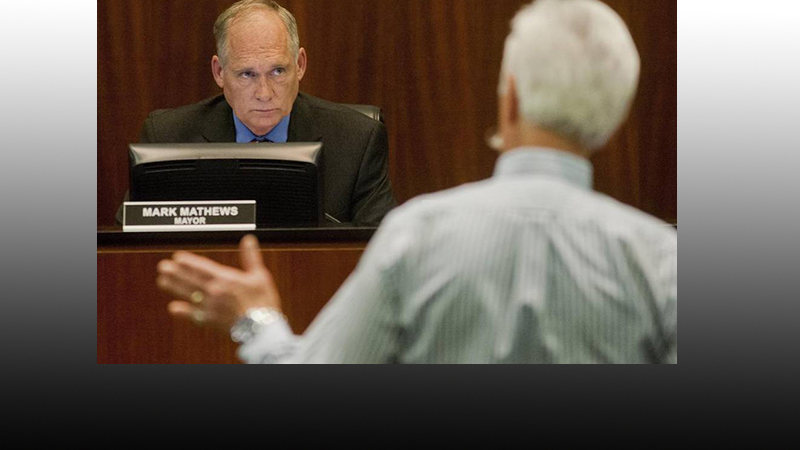 January 10, 2016   Source for details of Keller Recall is the Star-Telegram

With the bitter taste of the High Density Comprehensive Plan still in the mouths of hundreds of Colleyville citizens and with ongoing questions concerning the motives of many of those who participated in its support; the word “Recall” has surfaced in Colleyville.  However, there are two factors that may dampen the current situation from rising to the level of a recall effort; 1.) the larger voter turnout in last year’s council election requires a much larger number of signatures than would have been necessary previously and 2.) two of the biggest supporters of the plan, Mayor David Kelly and Councilmember Chuck Mogged are both up for re-election in May.  Delayed thoughts about a potential recall of one or more of the other supporters, primarily Mike Taylor and Nancy Coplen, both who supported the passage along with Mayor Kelly and members Mogged and Short, are likely a subject matter for after this election.

Despite two efforts to obtain a response from the City Manager concerning this exact issue, LNO has been stonewalled in Open Records Request.  LNO has forwarded information to the Texas Attorney General’s officer concerning the fact that the first request response was the information would be forthcoming if we agreed not to ask for any Attorney Client Privilege information.

After LNO agreed, the response included no documents on the transactions.  The second request that did not eliminate the possibility of Attorney Client Privilege, instead of turning the request over to the Attorney General, the effort was simply responded by that there were “no documents responsive” to your request and is part of the information sent to the Texas AG.

However, upon a separate Open Records request, concerning billing by the City Attorney, a bill was listed from December 7, 2015 for “consultation concerning Conflicts of Interest of City Employee!”  LNO has requested via Open Records information on this request.  A  “Conflict of Interest” opinion on a City Employee should not rise to the level of Attorney Client Privilege; and the response should be available to all Colleyville Citizens.  LNO waits for an answer, which normally is delayed the 10 day statutory limit the City can hold without a response or notification the question is being sent to the Texas AG.

Residents unhappy with Mayor Mark Mathews want him removed from office and have turned in a petition asking for a recall election.

Mathews, elected in May 2014, is accused of several acts of malfeasance and misconduct on the recall petition, which will go before the City Council at 10 a.m. Friday at Keller Town Hall, 1100 Bear Creek Parkway.

The council could call for an election in May.

The petition was turned in to city officials this week. It has more than 2,000 signatures, more than enough to force a recall election.

The petition details four times that Mathews is accused of a conflict of interest. Three times during City Council meetings last summer, it says, Mathews voted in favor of a project involving Sage Group, an architecture and design company where his wife, Angela, works. One of the votes was in executive session. The petition says that Mathews should have recused himself from voting and violated the city’s code of ethics as well as state law.

On a separate issue, the petition claims that after Mathews was elected mayor, he remained the president of his neighborhood’s homeowners association advisory committee. The petition says that after trees were improperly cleared in the subdivision in 2014, the developer paid a fine of $38,300 that should have gone into a designated city fund, but instead went to the subdivision’s homeowners association.

But at the beginning of the Dec. 1 City Council meeting, Mathews presented his response to the petition, which he knew about but had not been submitted to the city.

He disputed the ethics violation claims because his wife’s company wasn’t the project applicant.

Mathews said the city’s contract was with Silver Oak Real Estate, which was contracted by Sage Group, and did not violate the city’s ethics policy or state law.

“The state of Texas does not recognize, by law, that that’s a conflict of interest,” Mathews said at the meeting.

On the issue of the tree ordinance violation, Mathews said he was never involved. He said the developer, Meritage Homes, after breaking the ordinance, agreed with City Manager Steve Polasek to pay damages to the homeowners association and to plant trees.

Mathews continued, saying that Linda Taylor — the spokeswoman for the group of 41 residents who organized the recall effort — has also made other invalid claims and complaints against him.

Mathews said he’s been threatened with a recall since March, and he questioned Taylor for seeking media attention and not presenting concerns to the state attorney general.

Mathews urged residents not to sign the petition and said Taylor actually “worked very hard to help get me elected.”