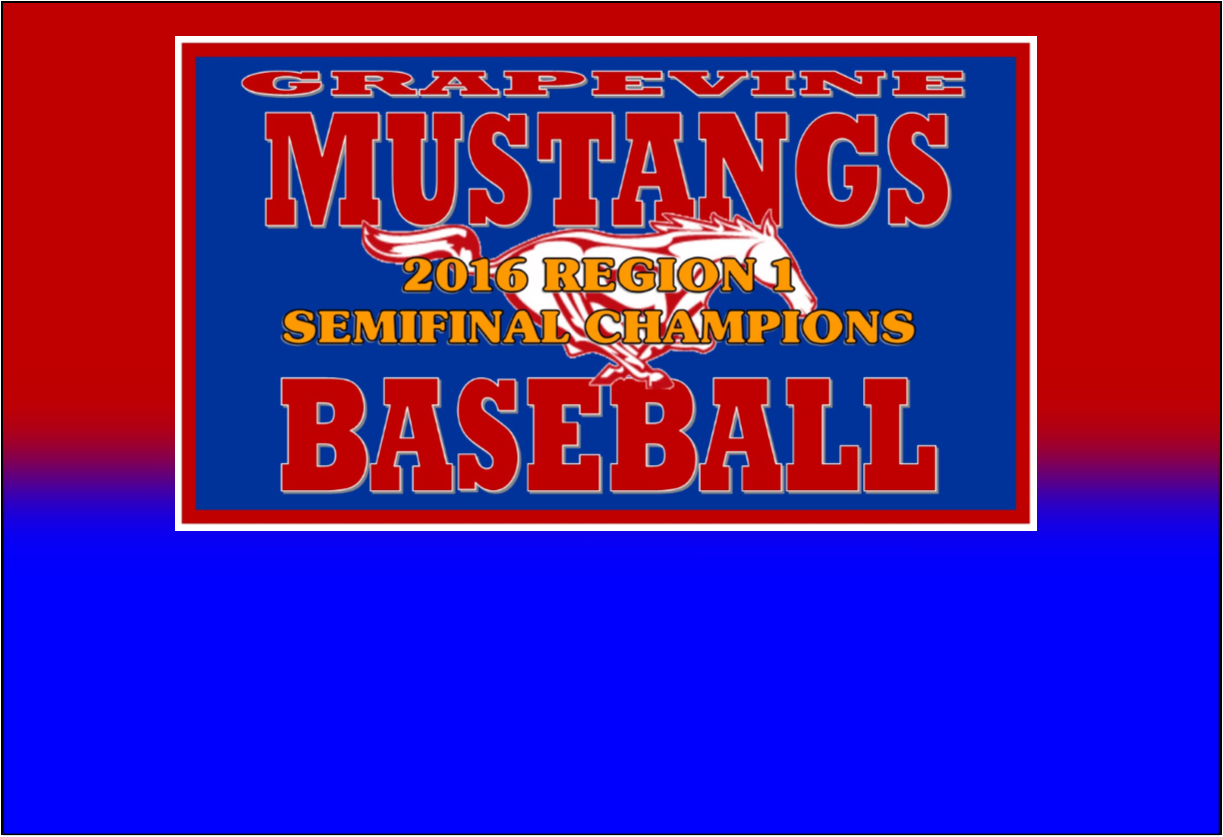 Grapevine Advance to Region 1 Finals With Win Over Canyon

Posted By: Lonny Watsonon: May 29, 2016In: Featured, Sports
Print Email

The Grapevine Mustangs (34-6) won the first game of the region 1 semifinals playoff series with the Canyon (29-8) 7-2 on May 27 at Hoskin Field in Wichita Falls. Canyon in the second series game on May 28 then defeated the Mustangs 6-5 tying the series 1-1. The third and final game of the series was played on May 28, 30 minutes after the end of game two. Grapevine come out victorious in this third game over Canyon 6-1 to win the series. The Mustangs now advance to the Regional finals round of the playoffs against Lake Dallas. The playoff series will be played at Dallas Baptist University on Friday and Saturday June 3rd and 4th.