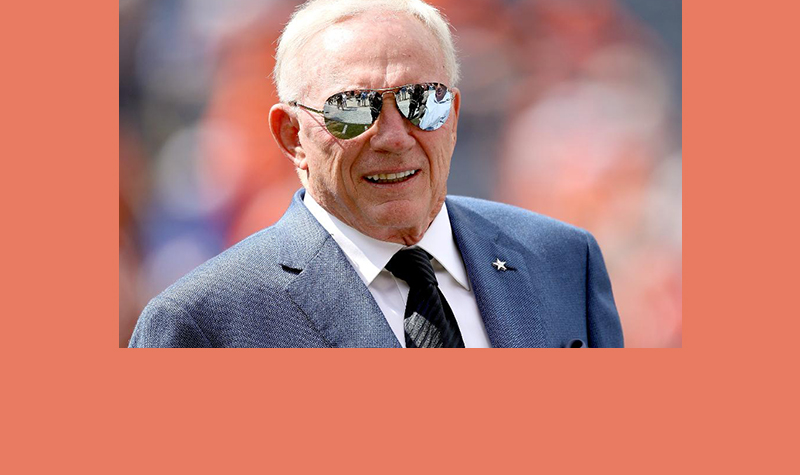 Before their game on September 25 against the Arizona Cardinals, the entire Dallas Cowboys team, along with team owner Jerry Jones, took a knee together before the national anthem and then stood in unison for the anthem. This wasn’t an anthem protest but instead a gesture of unity:

Now, Jones has revealed how he really feels about national anthem protests. In an interview with the Dallas Morning News following the Cowboys’ 35-31 loss to the Green Bay Packers on Sunday, Jones stated:

“If there is anything disrespecting the flag, then we will not play. Period. We’re going to respect the flag and I’m going to create the perception of it. […]

“I know this. We cannot in the NFL, in any way, give the implication that we tolerate disrespecting the flag. We cannot do that. I know the vice president did leave because in his opinion, the teams were. We know that there is a serious debate in this country about those issues. But there is no question in my mind that the National Football League and the Dallas Cowboys are going to stand up for the flag. Just so we’re clear.”

When asked about players raising their fists during the anthem, he responded:

“Yeah, I don’t know about that, but if there is anything that is disrespectful to the flag then we will not play. You understand? If we are disrespecting the flag, then we won’t play. Period. Period. We’re going to respect the flag. And we have. I’m not aware, and wouldn’t know what you’re talking about. I’m not aware of that. If you say you saw it, you saw it. But we as a team are very much on the page together. We’ve made our expression that we’re together.

Then Jones was asked if he thought it was OK for Vice President Mike Pence to walk out of Sunday’s game between the San Francisco 49ers and Indianapolis Colts, and he responded:

“I’m saying that our vice president of the United States, if in his opinion there is disrespect of the flag, then he basically should — if in his opinion, express himself however he wants to say. He’s got rights, too, and so however he wants to do it. He felt that not standing for the flag is disrespectful — I do, too. The league in my mind should absolutely take the rules we have on the books and make sure that we do not give the perception that we’re disrespecting the flag.

The whole deal is political and has been incited by politics. But let me be real, real clear: The thing that the National Football league needs to do and the Dallas Cowboys are going to do is stand for the flag. We’re going to do that. We’ve kneeled in support of each other before the national anthem, and we’ve stood for the national anthem. We’ve always done that. And there is no equivocation here. We’ll stand for the flag.”

Jones was then asked what he had told his players, and he responded:

“I haven’t given any and don’t have communication publicly about what I’m doing with the players. But I have a long record of supporting Dallas Cowboy players and so that has been multifaceted for almost 30 years. So I will continue to support our players. What I will not support is not standing for the flag.”