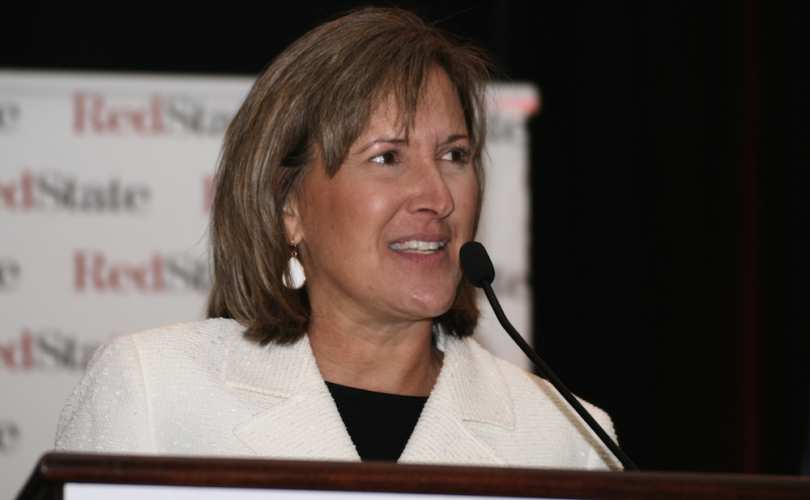 A conservative state legislator is speaking out about an important election in her community that has captured the attention of grassroots activists in Northeast Tarrant County.

Burton Stated, “It is a great honor to vote for Amy Putnam and Tim Raine for GCISD School Board.”

Known for her time as a conservative activist prior to her election to the Texas Senate, State Sen. Konni Burton (R–Colleyville) is hitting the trail not only for her own re-election campaign but also for two local reform candidates running to represent her on the Grapevine-Colleyville ISD School Board.

“Have you voted in your local elections yet?” Burton asked on Facebook on Tuesday morning. “I just did. It was a great honor to vote for Amy Putnam and Tim Raine for GCISD school board.”

“As a Colleyville resident for 27 years, a parent of two girls who went through the GCISD school system, and a taxpayer in the district, I love what Amy and Tim have to say about their approach to governing on the school board and who and what is important,” Burton added.

Putnam is a former classroom teacher and counselor and current PTA volunteer. She is married to conservative firebrand Chris Putnam, the former Mayor Pro Tem of Colleyville and current citizen-at-large.

Raine is a former member of the GCISD School Board from the early 2000’s, having served one year as Vice President and another as President.

While both of them have been endorsed by Texans for Fiscal Responsibility and by the grassroots army that has won so many conservative victories for taxpayers in Northeast Tarrant County, their opponent’s campaign have drawn the support of Mark Bauer, a local Battleground Texas/Turn Texas Blue leader.

Their campaigns have focused on increasing property taxes being paid by GCISD residents, despite stagnant performance,  as well as the incumbent board members’ advocacy against taxpayers during the previous legislative session.

Early voting is ongoing with election day on May 5.