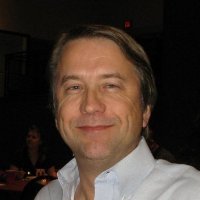 Mark Bauer lives in Colleyville and is the founder of the Northeast Tarrant County Democrats and a 2012 Democratic Party National Delegate.

As I’m writing this, the United States government shutdown is in its record-breaking fourth week. The previous record was in 1996 during the Bill Clinton administration facing a Republican Congress. The Republicans lead by Newt Gingrich wanted to raise Medicare premiums and cut taxes mainly for the wealthy.  After 21 days, a compromise was reached. Clinton got a smaller tax cut, Republicans got cuts in Medicare. Neither side was happy about it, which is pretty much the definition of a compromise.

This shutdown will be much longer.

You rarely hear about grand deals and the word “compromise” anymore. A large part of the reason was the rise of the Tea Party in 2009. This conservative grass-roots movement was ostensibly to fight for lower taxes but it quickly morphed into an all-or-nothing scorched earth philosophy of governing. Those Republican legislators who tried to reach across the aisle to make deals to get bills passed were excoriated and primaried with hard-core right-wing challengers who re-defined the word compromise as “caving-in”. Due to gerrymandered districts, the winner of the primary was assured victory in the general election and our Congress has since become more and more partisan ever since. In Texas this has generated U.S. Representative Louis Gohmert who believes that Jesus hates tax increases and in the northeast it generated Alexandria Ocasio-Cortez who is an avowed Democratic-Socialist. I doubt they will be out golfing together making legislative deals to move our country forward.

To recap: on Dec 19th, the Republican controlled Senate passed a spending bill without the $5 billion border wall funding and the Republican controlled House passed a bill that would fund the $5 billion. Before the two bills could be forged into a compromise, conservative pundits on right-wing media quickly took to the airways to complain that the new Democratic controlled House would never approve the funding for the wall and they encouraged Trump to reject the previously passed Republican Senate bill which effectively shutdown the government.

And here lies the dilemma for the Republican Party: it is the party that rails against government. Reagan said, “Government is not the solution to our problem; government is the problem.” Grover Norquist, anti-tax activist, said “I don’t want to abolish government. I simply want to reduce it to the size where I can drag it into the bathroom and drown it in the bathtub.”  The drumbeat of “government is bad” has been droning for so long, the GOP elected a President who is totally ignorant of how government works.

Democrats on the other hand have historically believed that the U.S. government can be a force for good and can be a powerful player in implementing better environmental and social programs and fairer revenue generation with a progressive tax code. Government is not run like a business – for good reason since it is not a profit-making enterprise but an organization of the people, for the people, by the people. Our government works best when its leaders are dedicated to good government.

This is why the perfect storm has gather to make this government shutdown the longest in U.S. history:
(1) We have a President who had never been elected to office and who has never had to compromise with others.
(2) His party has won elections on the argument that government is bad and therefore the fallout from their base for supporting a shutdown will be minimal.

(3) The House of Representatives are now lead by Democratic Party leaders who believe that tax money spent on an unnecessary wall along the southern border is a poor use our our resources.

The only thing that will end this impasse will be the realization from the American people that they actually like our government to work and work well.