Colleyville Teen Accused of 7-11 Robbery – cornered at his home by a Swat Team…ends his life with self-inflicted gun wound.

Owen Douglas Brown, a 16-year-old Colleyville boy, who was one of several juveniles accused in a series of holdups at a Euless convenience store, was found dead Thursday in his home, during a raid by a Euless SWAT team.

An investigation of the Euless robberies led to  101 Valley View Drive North in  Colleyville on Thursday afternoon.  Brown  barricaded himself within the home. 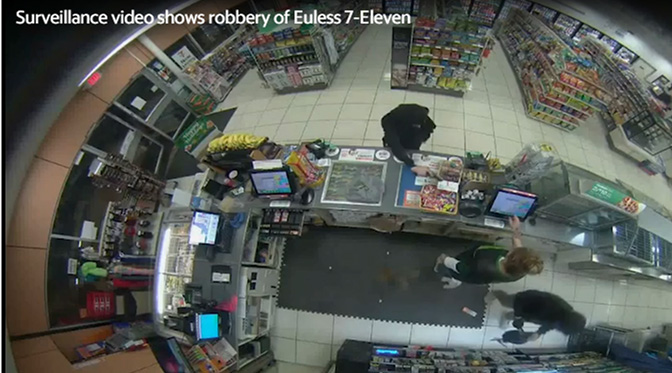 When, SWAT team members and negotiators responded to the scene. An adult stepped out of the residence, but the teen kept authorities at bay for several hours, police noted.  After entering the home Brown was found dead from a self-inflicted gun wound.  Official time of death was 9:01 PM.