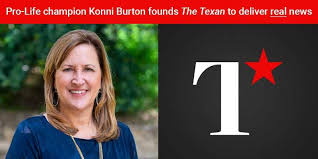 Who forced these businesses to shut down? The government.

Who then decides to use taxpayer dollars to help these businesses survive? The government, of course. It always amazes me how the government creates a problem and then swoops in to “solve” the problem they created in the first place — using taxpayer dollars.

But I digress. I recently happened upon a story about the PPP published by the Texas Tribune. If you don’t know, the Tribune is a left of center, statewide political news organization based in Austin. The story wasn’t surprising, but what was surprising, was the disclaimer at the bottom of the article:

DISCLOSURE: The Texas Tribune, as a nonprofit local newsroom and a small business, applied for and received a loan through the Paycheck Protection Program in the amount of $800,000.

Now remember, not only is the Texas Tribune a nonprofit organization that receives huge donations from left of center advocacy organizations as well as many donations from our taxpayer-funded higher education institutions, but the news industry was deemed “essential” during the whole shutdown. Media organizations were not forced to shut their doors like most businesses in Texas were.

And yet the Tribune applied for and received $800,000 from the PPP, which was designed to help businesses harmed during the shutdown.

Not only is that insulting, but it makes me wonder how many other newspaper outlets in Texas received this same benefit? I’m not sure any other newspaper will provide such a disclosure as the Tribune did, so we likely won’t ever know who else obtained the taxpayer-funded PPP money.

But here’s what I do know. The second-largest owner of newspapers in America, the same company that owns the liberal Fort Worth Star-Telegram, is lobbying for a federal government bailout to cover their underfunded pension plan.

I’m not kidding. McClatchy, along with congressional Democrats, is working to acquire taxpayer dollars to help them shore up their unsustainable business practices.

So while these media outlets continually spend their time pushing left of center narratives and disrespecting at least half the population they serve, they are more than happy to use our tax dollars to keep them afloat! It makes me sick to think that our taxes are being used to prop up an industry that continually attacks the worldview of right-of-center Texans — every single day.

My husband and I invested heavily in The Texan because we are committed to providing factual journalism that isn’t “spin.” We’re not lobbying for nor chasing government dollars. We’re focused on providing our readers with news they can trust.

It’s reprehensible that other media outlets are using the government to sustain themselves. But what will be even more reprehensible is if Republican lawmakers let another newspaper get another penny of taxpayer dollars.

But I have to admit, it won’t surprise me if it happens. 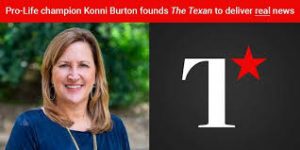