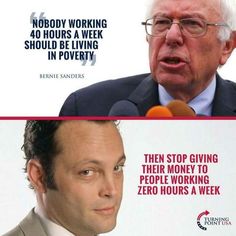 Star-Telegram…..Puts Out Pity Plea for Money

Fort Worth, Texas May 11, 2020
Editorial by LNO Editor Nelson Thibodeaux

In Sunday’s Star-Telegram, it was not Bud Kennedy or Ryan J. Rusak calling on the Tarrant County Community to help keep the newspaper afloat, because “Our business, is already on wobbly financial legs”, but Steve Coffman.

Kennedy would never stoop to that level, after all he is too busy calling anyone that disagrees with his rants..”the Republican Party’s Tea Party-liberty faction that joined in a coup by setting up Governor Abbott in the Shelly Luther, “Go Fund Me.com page!

This was a “staged political stunt,”  as Kennedy points out, like one of his favorites, Former Texas House Speaker Dennis Bonnen, was set up by by the leader of Empower Texans, Michael Quinn Sullivan earlier in the year.  As usual, Kennedy only blurts out his bias against anyone that is a conservative in Tarrant County, and FAILS to point out it was Bonnen who invited Sullivan to his office and Sullivan decided to record the meeting for his own protection.  It was Bonnen calling in Sullivan to help take out some conservative state representatives, that were not falling in line for Bonnen.

Kennedy further attempts to slander Shelly Luther by referring to her as a “Denton County nightclub singer,” instead of a single mom with three kids and a business. (Note: LNO did NOT refer to Bud Kennedy as Bud Burger Kennedy!”)

Shelly Luther knew she  could open up safely and conduct business, while  helping a number of other single moms working  at  her spa/salon.

Kennedy concludes it was the “Liberal Dallas Judge,” that inadvertently made Luther a “conservative hero.”  How did he do this?  By insisting Shelly Luther virtually drop to her knees and beg for the judge’s forgiveness. She stood her ground and the Judge in turn fines her $7,000 and one to two weeks in jail for attempting to feed her family.

Next comes somebody by the name of Ryan J. Rusak, who opens up his attack column by saying, “The most dangerous place to stand in America this week was anywhere on the path between Republican politicians and the Bandwagon forming on behalf of Shelly Luther.”  While confirming the “Democrat judge in a blue county made an easy target, as well as with so many of our political actors moves these days.”

However not being able to stem his bias, Rusak concludes, “Conservatives are painting all this as a blow for liberty, and to some extent, they’re right.  But I’m wistful for the days of a conservative movement that could logically explain why its policies including the rule of law were best, You know, the kind that once produced politicians like Greg Abbott.”

Between Rusak and Kennedy, they took up twice the space than Steve Coffman begging for money, so they can keep putting out this kind of liberal drivel in the most Red County in Texas!

Oh wait, that brings me back to why the Star-Telegram has earned it’s place as a “wobbly financial legs operation.”  Last week the paper was pleading to the public to pay for two of their rookie new reporters.

Will this bankrupt newspaper ever learn that it’s readers are simply tired of the diarrhea of left-wing propaganda that spills off it’s pages.  They want a paper that is at least somewhat unbiased against conservatives.

I am sure Mr. Coffman, that if your favorite restaurant/political critic, Bud Kennedy gave up half of his salary he could pay for two objective new reporters.

You see what readers would like is a least some balance at your newspaper.  Kennedy is not now, nor ever will be a Dave Lieber, the former hustling columnist that was a critic of everything about Northeast  Tarrant politicians, especially me.  But by golly, Lieber, a much more talented individual than Kennedy, was run off to the Dallas newspaper.
At least Lieber could write up a column, that did not accuse  every issue on the Tarrant County Tea Party.

Making full disclosure here, I was a very proud recipient of the Empower Texans Conservative Sword two years ago and I have attended  Tea Party functions from time to time, but have never been a member.

So Mr. Coffman, for your newspaper to survive in Tarrant County, as hard as it would be, keep your bias against conservatives at least hidden in the backroom, not as meat for attack dogs like Kennedy.