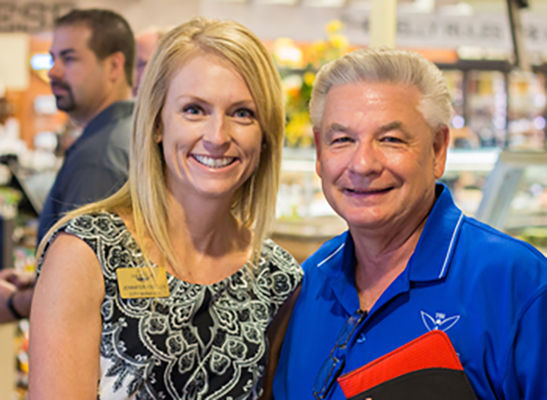 In Response to “Investigator” Ted Steinke’s Question why I suspect a Conflict of Interest of Jennifer Fadden, City Manager Colleyville, Texas.

GENERAL PROVISIONS Section 14.01 Publicity of Records: All record and accounts of every office, department, or agency of the City shall be open to inspection by any individual subject to public inspection as provided by State law . Amended May 7, 2005) Section 14.02 Personal Financial Interest: (Amended May 7, 2005) This section shall apply to all elected and appointed City officials, members of commissions, boards, committees and City employees.

A) Misuse of Office. No person shall use his office, position or employment in an unlawful manner or in a manner calculated to obtain a financial benefit or a commercial benefit that would not be available to someone not holding such office or position.

However, unlike Elected Officials, top employees in Colleyville DO NOT have to reveal their real estate holdings in the city.  So this begs the question why elected officials have to declare their holdings, in an obvious effort to help ensure no conflicts of interest while the City’s top employee does not.  In a recent conversation with Texas Dist 98 State Representative Giovanni Capriglione concerning his “ethics” legislation bill he is sponsoring; he acknowledged that the failure to include City Employees in the bill may be an oversight and he has agreed to explore this question.

Reviewing the question of Jennifer Fadden’s purchase of 59 Piazza Lane, located in the Village of Colleyville, the city’s most high density development.

1.)  A development, that despite her financial holdings, she has never recused herself from discussions on business that has to do with this development; as an elected official would certainly be required to do.


2.) Regarding the possibility of using her “office, position or employment in an manner calculated to obtain a financial benefit or a commercial benefit that would not be available to someone not holding such office or position” the following a facts are not disputed;

a.) Jennifer Marie Howry-Fadden lived at 55 Piazza Lane  ( 2 doors down)  from Feb. 2009 – March 2013.
b.) Ms. Fadden has maintained her office at City Hall in the Village of Colleyville for the past 7 years, having the advantage of information known only by a City Manager. 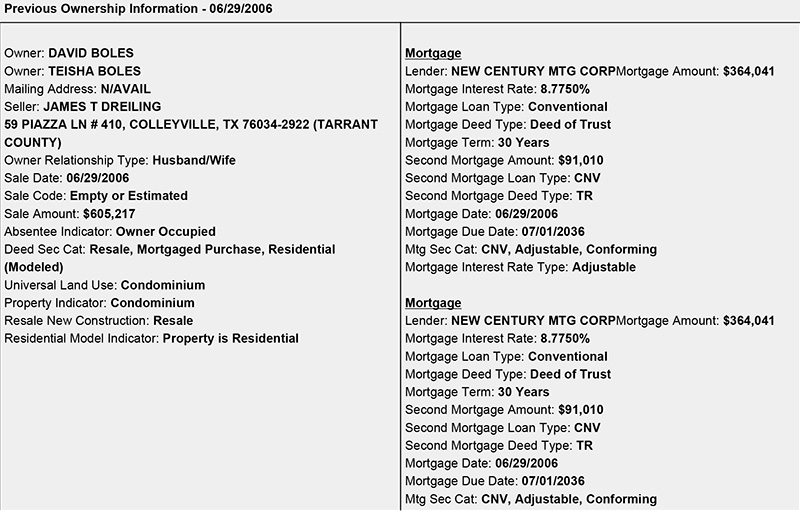 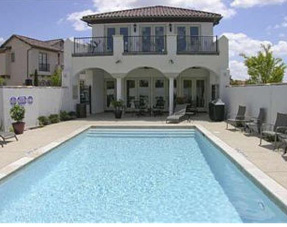 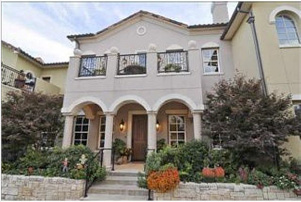 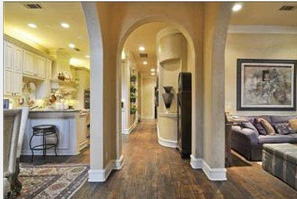 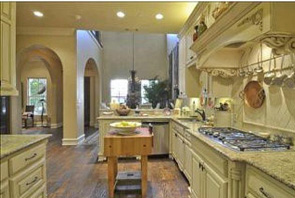 2.) Sellers of the Sale of the Property in February 2011 for $363,115
Note the Previous owners AND David Stockman, apparently an Asset Manager for Deutsche Bank 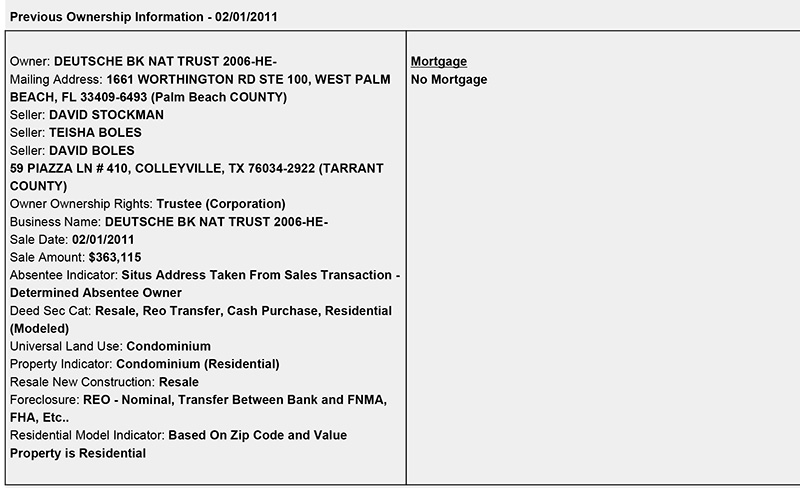 3.) Note: The sale date of April, 2011, while Ms. Fadden continued to list her address at 55 Piazza Lane.
Then a transfer to Thomas Monroe Properties shorty before moving out of 55 Piazza Lane, a Corp. owned solely by Mark and Jennifer Fadden. 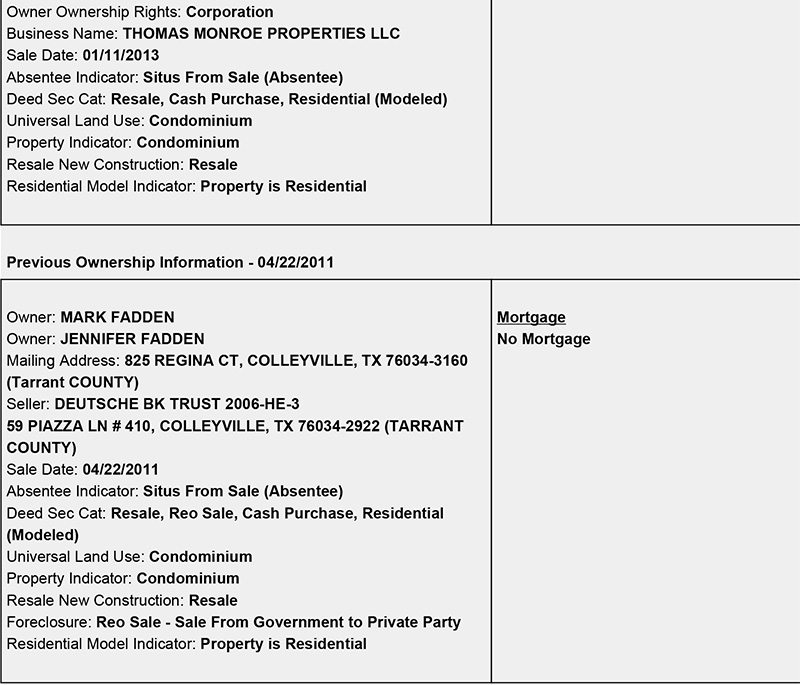 Note the “Foreclosure” was a Reo Sale -Sale from Government to Private Party.

For readers of LNO, you may recall the “misspoken” comment by the City Attorney at a Pre-Council meeting that the Property was “Subject to Foreclosure,” later changing his comment the Property was Foreclosed on and “available to anyone.”  Well, if available to “anyone” means that the “anyone” has the motivation, opportunity and desire to use information, that apparently is not routinely available to citizens in Colleyville who don’t happen to office in the Village or live two doors down or have information likely only available to someone holding such office or position.

The circumstantial evidence appears that Ms. Fadden’s familiarity with the Village and in particular Deutsche Bank was used to her advantage, an advantage someone that is not a City Manager and close to the activities of the Village of Colleyville would not typically have the same information at the same time.

From the Deutsche Bank Web Site:

From A forum on Deutsche Bank How to proceed with buying a foreclosed home owned by Deutsche Bank? Now the home, according the county website, is owned by “Deutsche Bank and Trust.” “After spending numerous hours google-ing the bank and foreclosures, it appears the bank owns a LOT of homes. And it also does NOT deal with the common people.”

The process of REO property management from the moment of foreclosure to the final sale are either handled internally by the Bank’s own internal REO asset management department or outsourced to REO asset managers who specialize in handling such repossessed foreclosed homes. All inquiries regarding information related to residential REO homes and properties owned under the control of Deutsche Bank REO department can be addressed to: Deutsche Bank 1761 East St Andrew Place Santa Ana, CA 92705 Tel: (714) 247 6000 Fax: (714) 247 6022 The REO department at Deutsche Bank entertains esquires only through fax or by mail. It is extremely difficult for small or beginning real estate investors or realtors to contact the DB REO department through their listed phone number here.

Real estate investors and buyers can profit by buying Deutsche Bank REO properties. Good returns can be expected on the properties purchased through REO listings as they offer scope for property market value appreciation in the future, along with rental income. Eventually, the success of a REO property investor primarily depends on their ability to locate and make offers on REO homes, before their competition acts. The long term appreciation afforded by real estate is historically proven to be expected and sound. This is even more valid when it comes to buying REO properties from major banks such as Deutsche Bank, as they offer built-in equity right at home purchase. Deutsche Bank does not list their foreclosured homes online, REO’s are distributed to asset managers.

In conclusion, it appears that the information used to purchase 59 Piazza Lane was NOT available per the spirit of the City Charter.  Further, that the position and special knowledge of the City Manager was relied on to act, “before their competition acts.”  The complaint filed concerning the City Manager did not accuse her of dishonest dealings; however it clearly appears dealings that, at minimum, violate the spirit of the City Charter.  In fact, this “Technical” violation or suspicion thereof should never been allowed to happen, because the top City Employees should be required to make disclosures of their financial holdings in the city; to ensure no conflict.

However, with a City Attorney apparently electing to advise the City Manager she does not have to reveal anything concerning holdings or how she came about getting those holdings; suspicion remains this transaction was a violation of the Charter.  And the same City Attorney was responsible for the recommendation of Mr. Steinke to head the “independent” investigation.  Once again, if one assumes Mr. Steinke has personal integrity and is actually not influenced by the City Attorney or desire to “not investigate but clear the air on behalf of the City Manager,” then one still must question what the Comprehensive Plan has to do with the Complaint or the conditions of the City Charter.

In fact, the City Attorney has continued to exhort the fact the complaint, that included mention of the Comprehensive Plan, was null and void because it was more than 15 days after the passing of the Plan.   So if this is not designed for a political purpose, then I would encourage Mr. Steinke to remain in the parameters of the Amended Complaint that has to do only with the question if the City Manager has violated technically or the spirit of the Charter’s stated Conflict of Interest.

But based on Mr. Steinke’s leading question about the “Plan and Density Interpretation”; the “Investigator” appears taking his eye off the ball and apparently prepared to immerse himself and the investigation into the meaning of the 2015 Comprehensive Plan.  Which is a political issue that should be left up to the interpretation of the voters and citizens of Colleyville.  However, with the City Council spending even more taxpayer’s money on an investigation that could have been easily avoided by the City Manager simply revealing why, how and based on what information did she come about acquiring her properties in Colleyville, especially 59 Piazza Lane.  Now there appears to be a dangerous precedent where the desired political outcome of this “investigation” will include a “legal” opinion not only the question at hand, but one person’s interpretation of the 2015 Comprehensive Plan.  This my friends is a reprehensible political game, with all appearances to do exactly what Mayor Kelly previously declared; “This is NOT an investigation but to clear the air that we have a Trustworthy City Manager,” and …(Oh by the way while I am wasting taxpayer’s monies, lets get some political gain by having a non-resident investigate what 17 years of Master Plans and Comprehensive Plans actually state about High Density, after all we have two incumbent council members and one MAYOR who are up for re-election in May).  In other words a flagrant misuse and waste of taxpayer’s money for personal political gains.  After all, the same tactic was used concerning the Glade Road question in last year’s election.