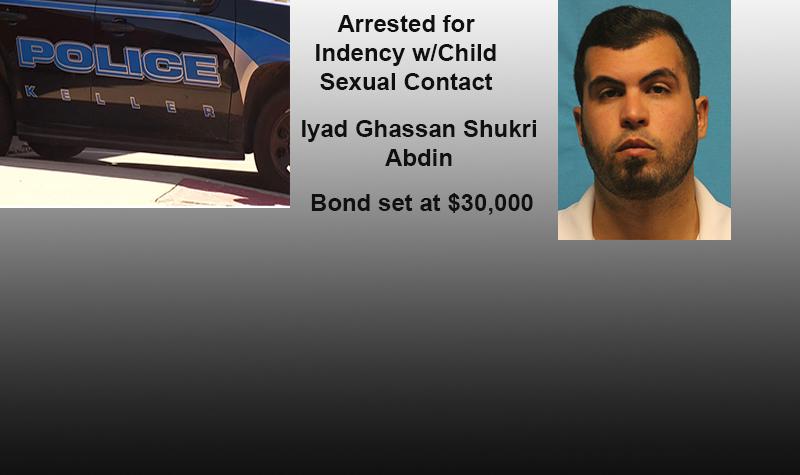 Recent Arrests in Keller, Texas as Reported by the Keller PD Dept.

IYAD GHASSAN SHUKRI ABDIN, Age: 27, POB:JORDAN, Listed Occupation as Driver for Fed Ex and Home Address 13435 Bill Hicokek, Roanoke.  Arrested on July 13, 2016 at 2:02 PM by Officer R. Carte at the Keller Police Station on a Warrant for Indecency with a Child including Sexual Contact, Bond set at $30,000. 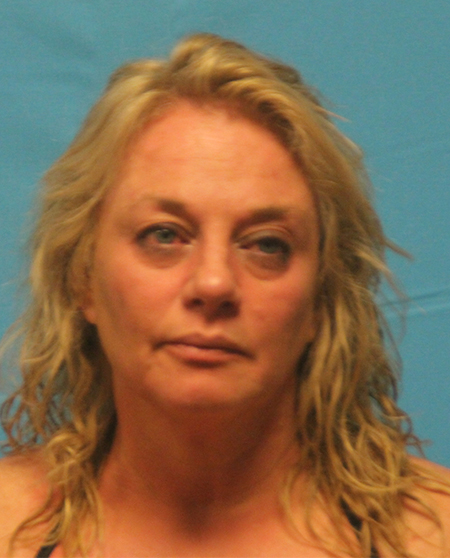 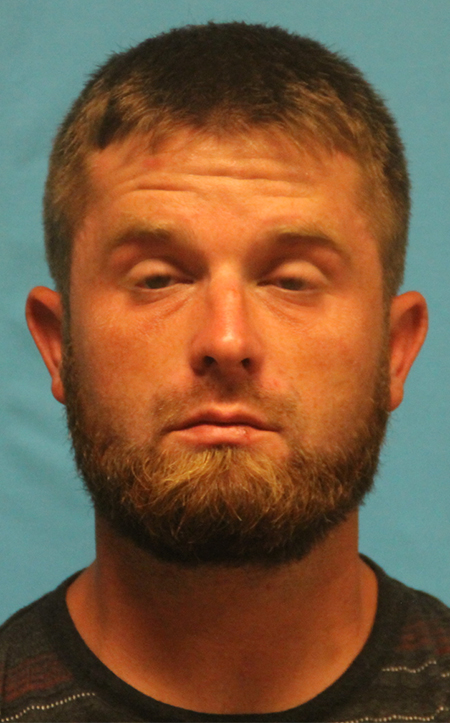 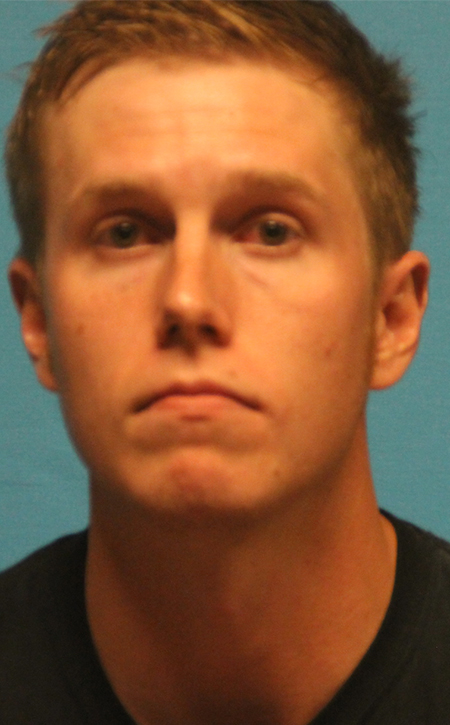 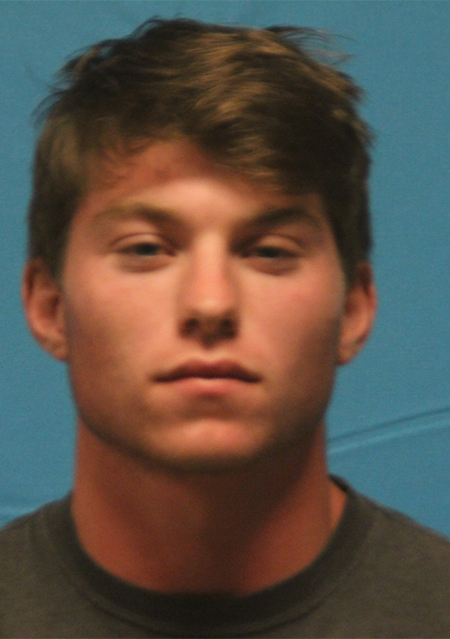 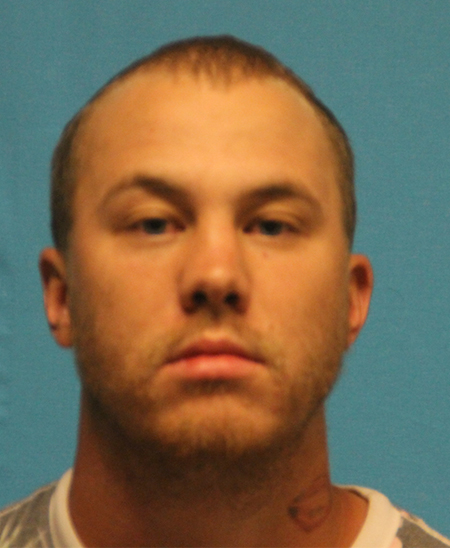 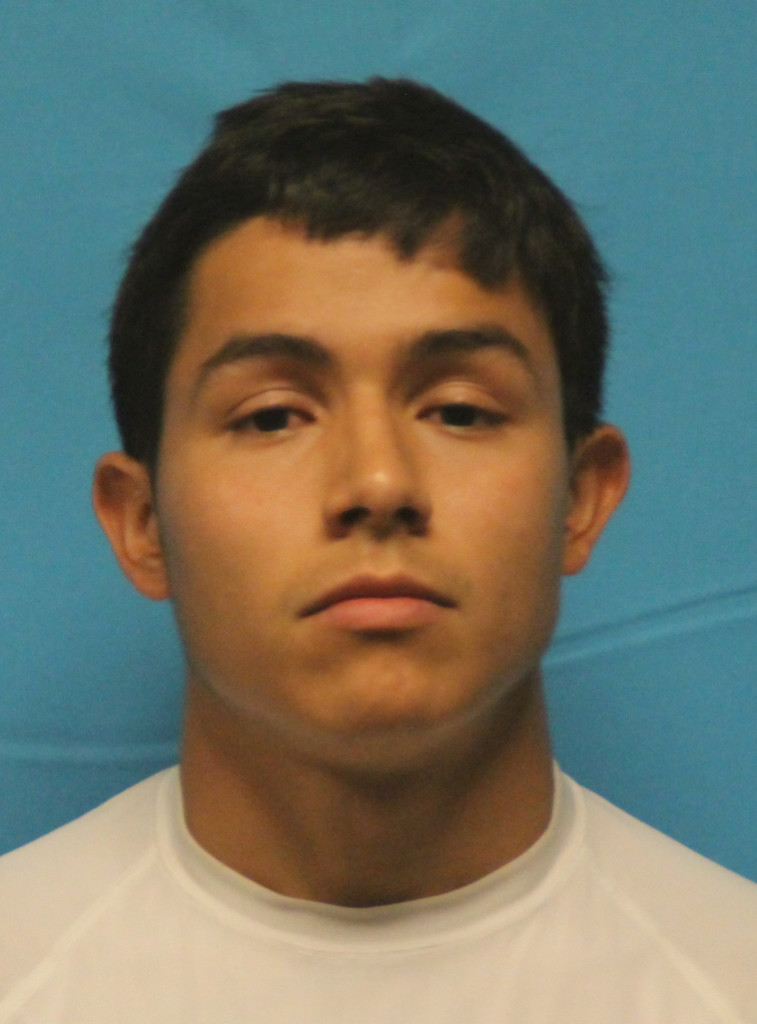 JORDAN TAYLOR TREVINO, Age: 23, POB: Arlington. Listed Occupation as Bartender at BJ’s Brewhouse and Home 7762 Teal Dr., Ft. Worth.  Arrested on July 12, 2016 at 12:20 AM by Officer J. Montgomery, along with Burt above on Katy Road and Charged with Possession of Marijuana more than 2 ounces, Bond Set at $1,000. 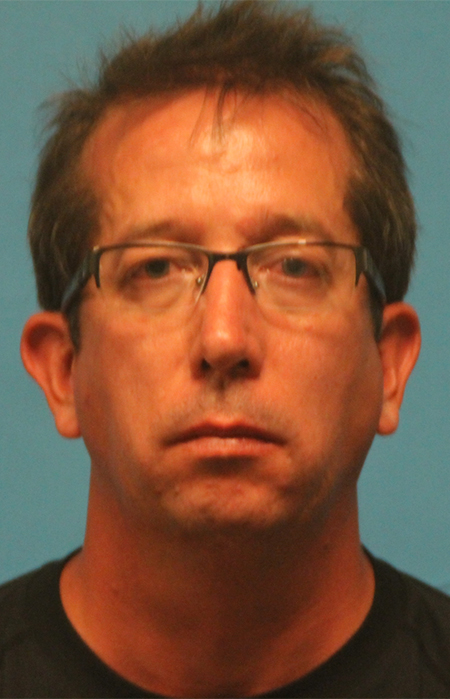 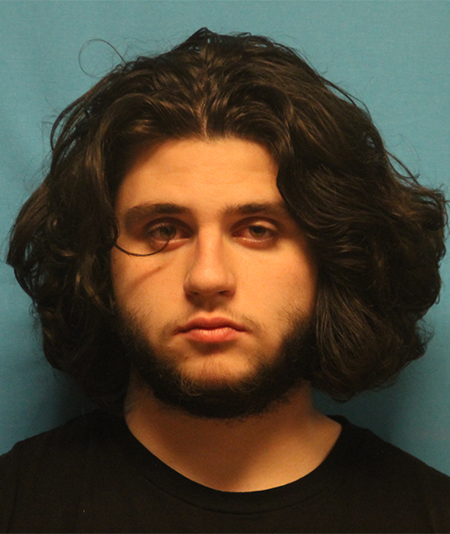 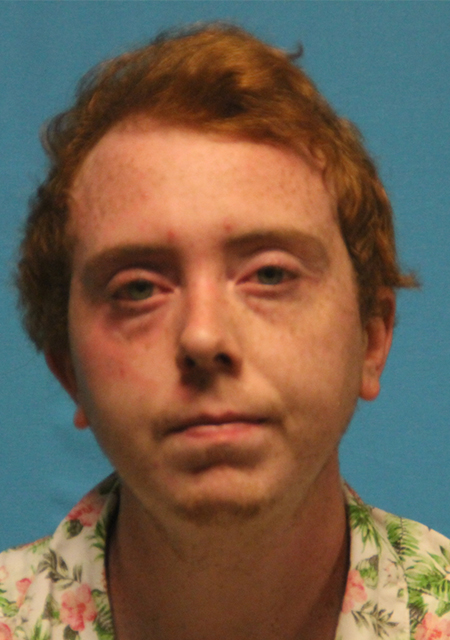 COLBY DILLON MORRISON, Age 19, Occupation listed as Customer Service for Wells Fargo and Home 11505 Netleaf Lane, Ft. Worth.  Arrested on July 14, 2016 at 7:33 PM by Officer K. Buchanan, along with Leger above, at 100 Taylor St and Charged with Consumption of Alcohol by a Minor, Bond set at $321. 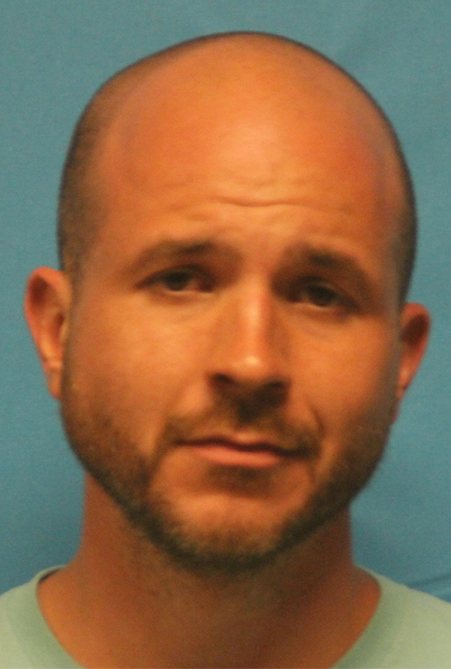 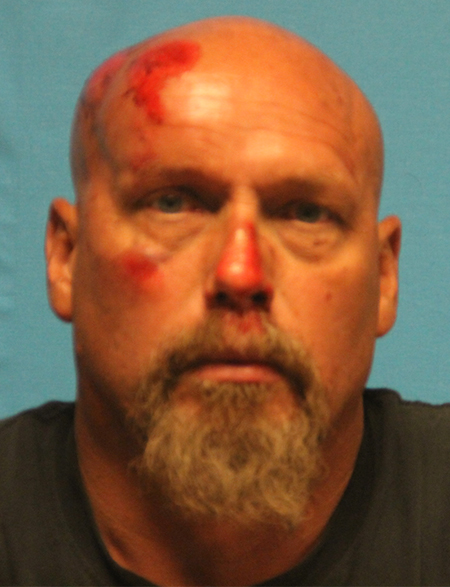 TERRY L. STERLER, Age 53, Taken into Custody by Officer C. Arndt on July 10, 2016 at 8:30 PM,  and held for suspicion of Driving While Intoxicated 2nd Offense.  Sterler was involved in a hit and run in another city.  Sterler was released from the jail and taken to the hospital for injuries. He has not officially been charged at this point.
LNO often is requested to remove data based on alleged clearance of charges at a later date. LNO therefore is expanding and restating our policy on removing information by request at a later date from the archives dating back to 2000. LNO Policy Note: Considering the long period taken to clear most cases through the court system, LNO does not have the ability to track the eventual outcome of every arrest. If you or someone you know has been reported arrested in this weekly column and subsequently been cleared of the charges inform LNO with verifiable information. LNO will provide equal coverage to same or removal of information at requester’s choice. Note: A downward plea, for example “obstruction of a roadway” in lieu of a DWI/DUI is not considered “cleared of charges”. A Deferred Adjudication sentence is a conviction with deferred sentencing and not a “dismissal of charges.” LNO policy is not to remove information based on this criteria. However, LNO will bring forward and update the information if requested by the convicted party. If interested party makes claims of dismissal but public records indicate no dismissal; LNO may update information and bring forward other public record information.
Questions? Editor@LocalNewsOnly.com
Share 0
Tweet
Share
Share