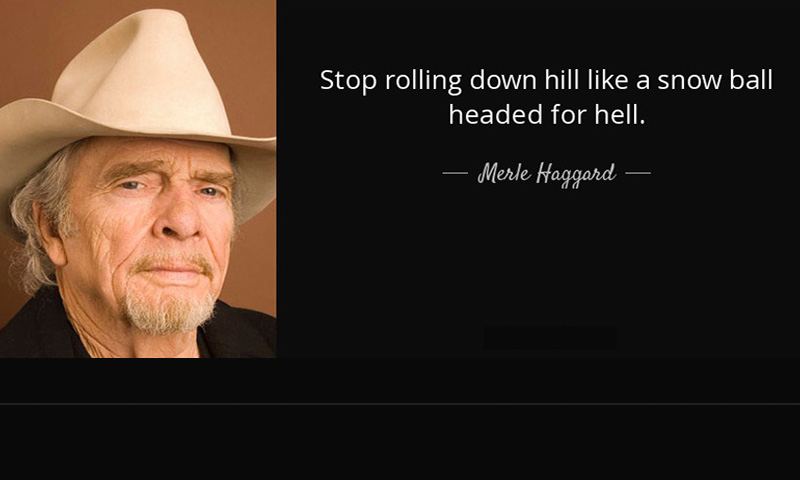 Tex-Rail…is there any stopping this Snowball Rolling for Hell?

The late Merle Haggard ask by song, “Stop Rolling Down Hill like a Snow Ball Headed for Hell!”
*Despite the disruption to family neighborhoods that will surely occur along the Tex Rail route,
*Despite the fact the original geniuses that came up with the concept admit it will do NOTHING to relieve traffic congestion,
*Despite the fact that at no time has the T Rail NOT LOST MONEY, with an average cost of $40 per passenger to ride ONE WAY,
*Despite the fact there can be absolutely no economic justice to spend $1 billion of taxpayers funds,

A group of Elected Official Backers of Tex Rail are determined to Keep Rolling the Snow Ball (Tex Rail) Headed for Hell!

Let’s see because they have made the crossings so-called “Quiet Zones,” which simply means the trains will not be bellowing their horns 60 times per day as they fly by at 60 miles per hour through heavily populated residential areas; after all what could happen? 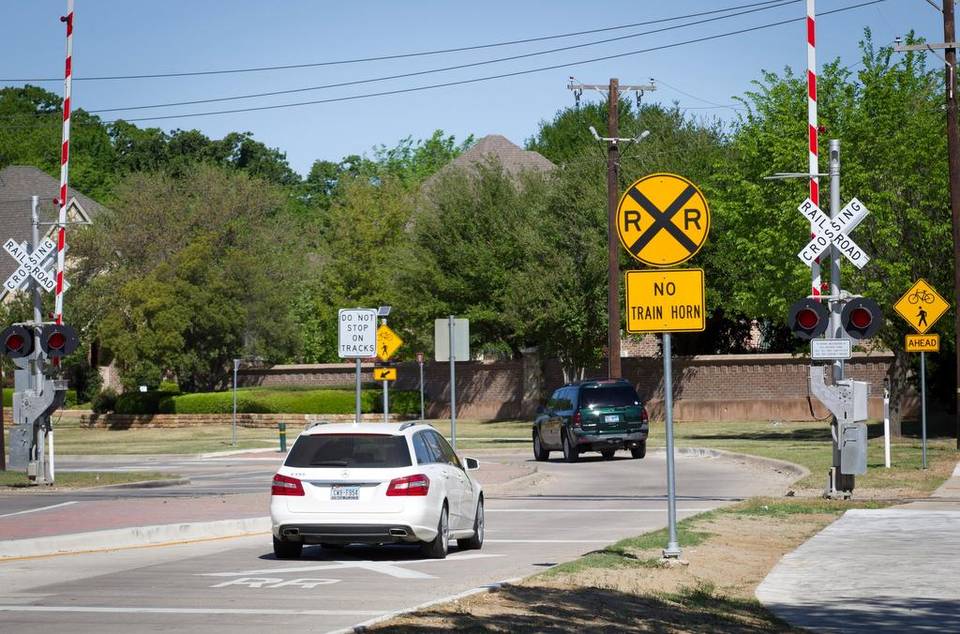 Uh, well I don’t know, perhaps like the train that flew off the tracks because of a failure on the rail system a few days ago; imagine if that train went off the tracks in a residential neighborhood.  Remember, this is not proposed just for so-called “rapid transit,” the rails will also carry large, long and dangerous freight trains. Worse of all for the disruption and danger, the Tex Rail project has never been justified via need, benefit, or improvement; only that it might bring “tourists” to Grapevine; while ALL of Tarrant County Taxpayers will get stuck with the tax bills, while Grapevine puts more money in their already overflowing coffers. 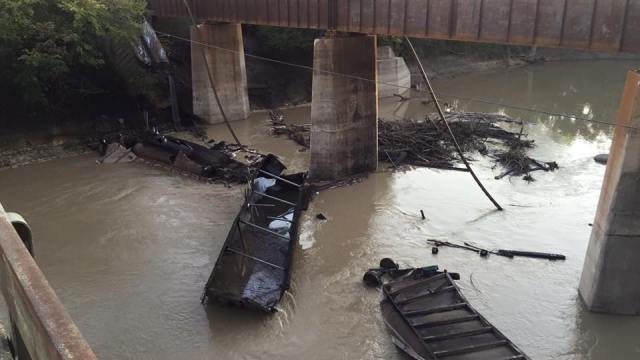 From Julie White McCarty, President NET Tea Party, at the “celebration of the Tex-Rail opening,” in Grapevine.

“Today when 6 of us arrived, we were greeted by at least half a dozen police officers with many more scattered around the perimeter. We were told they’d been warned to expect protesters, signs and trouble, and they showed us a place about 100 yds away that we would be allowed to stand. The police officer we spoke with was super nice. We explained we had flyers to pass out and were there to listen to the program. No posters, protests or trouble. All the attendees here have their little name tags on and are representing the city or the train in some way…council, chamber, etc. They keep telling me they already know what they need to know about the train…until I ask if they know how much the tax payers are charged for every single rider each time they set foot on that train. That’d be 40 bucks. Then they try to refute my numbers, but I show them we are using THEIR numbers. Then they have nothing to say and walk away. A large group of school kids showed up. Indoctrination at its finest. Mayor Tater Tot is speaking now about all the tourist riders taking selfies. Yeah, I’m happy to pay $40 per selfie ($80 if they plan to go home again). Next speaker is saying we need this so we can be like Europe. Um, isn’t their economy failing? Oh, and we need this to save the environment, but he’s not mentioning this is a diesel train, not electric, and it will increase pollution! They’ve also got these pretty new buses on display…so guess what boondoggle they’ll shove down our throats next?”

George Dotson, a Colleyville Resident posted, “The worst boondoggle of $1 Billion of our tax dollars ever. This project costs the same as the 114/121/360 interchanges and the toll road in Grapevine. This gives free access to freight rail companies, adds to traffic and pollution problems along the rail line. It will reduce property values along the line and will only help .7% of Tarrant county citizens. We need to defeat Gary Fickes and Glen Whitley next year when they run for re-election! These men have fully supported this mess and have to be defeated for their wasteful spending of our tax dollars!”

“Despite numerous studies demonstrating that government trains are not a solution to traffic in Texas, local officials across the state continue to foolishly push for rail expansion.

Forbes recently ran an article titled: “Austin’s Commuter Rail Is A Monument To Government Waste.” But one of the most under-reported facts is that – of the 1,800 transit systems in the United States – Dallas-Fort Worth’s DART requires the fourth highest taxpayer subsidy per rider.

A study published by the Hamilton Project found that every transit system runs at a loss—the difference is only in degree. Unsurprisingly, NYC’s system has the lowest operating loss per rider, while Dallas’ DART nearly topped the list.

As a result, a few voices in North Texas have emerged to warn the public against these boondoggles, most notably State Sen. Konni Burton (R-Colleyville), along with Colleyville’s Mayor Pro Tem, Chris Putnam, and Carrollton’s Mayor, Matthew Marchant (son of Congressman Kenny Marchant).

Burton, Putnam, and hundreds of citizens in Northeast Tarrant County have vocally questioned the viability of TexRail, which will cost taxpayers more than a billion dollars in federal, state, and local funds in addition to operating losses. However the Obama administration, Congresswoman Kay Granger, Fort Worth Mayor Betsy Price, and Tarrant County Judge Glen Whitley continue to push the project forward.”a

Mayor Marchant was quoted; “Passenger rail is incorrectly held up as the ideal version of transit because of its perceived cachet and theoretical economic development benefits. But the reality is that only a handful of the dozens of rail stations in North Texas have meaningful transit-oriented development, and the residents who actually rely on transit to get to work or live their lives (note: none of the decision makers) prefer fast and efficient to cachet. Mix all of that up and you have a misplaced desire for rail.”

Despite overwhelming evidence proving rail doesn’t work, Texans should expect little to change unless they voice their concerns. Until more federal, state, and local officials feel pressure from their constituents, the boondoggles will continue unabated.

Folks it is just this simple, despite these local elected officials plans to build an edifice legend to leave behind, the only thing for sure is this project is a “Snow Ball headed for Hell,” if taxpayers, voters do not wake up.  After all, why hasn’t these innovative leaders allowed a county-wide vote,  from the very people that are going to pay for this boondoggle, the taxpayers. Why are we not allowed to vote directly on this issue? Because with enough attention the REAL FACTS will come out and that is NOT CONVENIENT  for these officials who would be King!

Why? because “Tex Rail is a Snow Ball headed for Hell,” any rational thought process tells this story in advance; but we have positioned local leaders with willful blindness.

The Tex Rail group are NOT ELECTED directly by voters, but appointed from the various cities, with of course, the larger cities getting more representation.  Therefore, this non-elected body is about to run up a debt that will burden Tarrant County taxpayers, that YOU the Taxpayer will have no say, for the rest of all us baby-boomers lives and much longer based on previous systems!

Thanks to community activist Natalie Genco for these facts. 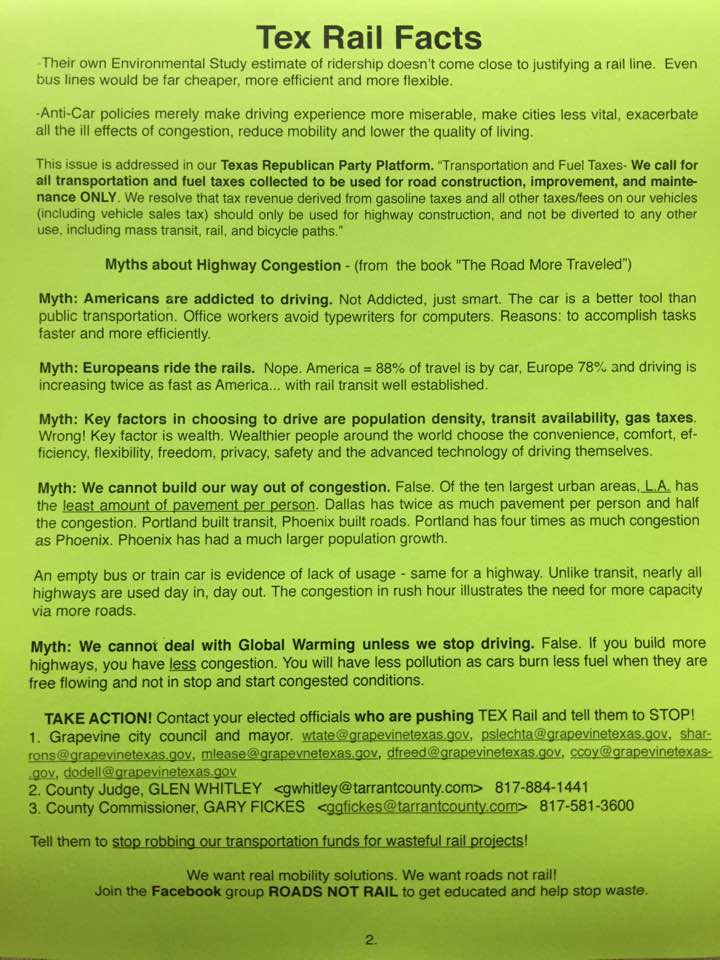