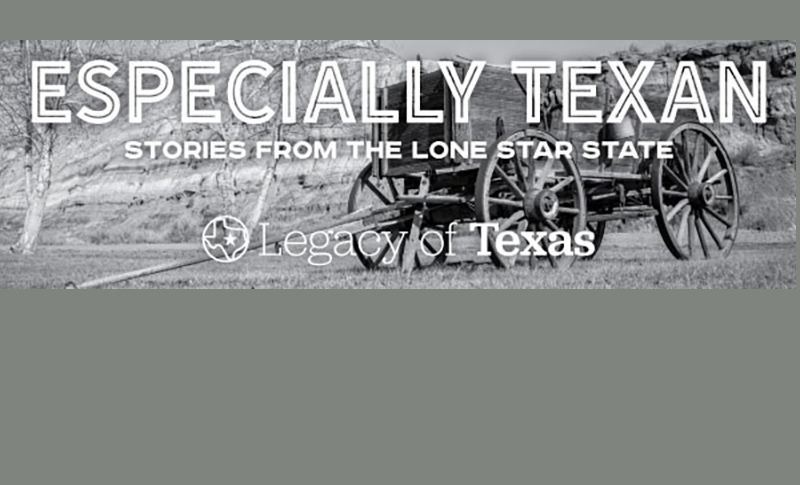 On this Day in Texas History, U.S. recognizes Republic of Texas claims to disputed territory.

On this day in 1838, the United States and the Republic of Texas signed the Convention of Limits, which recognized Texas claims to disputed territory in Red River County. The agreement also set the west bank of the Sabine River as the eastern boundary of Texas.

In the middle of the twentieth century, the boundaries of Texas were 2,845.3 miles long, counting the great arc of the Gulf Coast line and only the larger river bends. If the smaller meanderings of the rivers and the tidewater coast line were followed, the boundary was 4,137 miles long and enclosed 263,644 square miles of land and 3,695 square miles of water surface. The location of Texas boundaries has been the subject of international and interstate conflict resulting in treaties, litigation, and commissions from 1736 to the present. Controversy over details continues, as the tidelands controversy and the Chamizal dispute illustrate.

The eastern boundary was the first to become the subject of controversy and the first to be marked definitely. Both Spain and France claimed the area of present Texas, and by 1716 Spanish presidios at Los Adaes and French trading posts at Natchitoches were separated by only a few miles. In 1736 the commanders at the two outposts agreed on the Arroyo Hondo, a Red River tributary between the Sabine River and Natchitoches, as the boundary between Louisiana and New Spain. After Louisiana was ceded to Spain in 1762, the Arroyo Hondo continued to be regarded as the boundary between the province of Louisiana, a subdivision of the captaincy-general of Cuba, and the province of Texas, a subdivision of the commandancy-general of the Provincias Internas. When the United States purchased Louisiana in 1803, the boundary of the purchase was not defined, but early in 1804 President Thomas Jefferson decided that the territory extended to the Rio Grande. To refute this claim Spain began to investigate her historic claim to the Texas area; Father Melchor de Talamantes and later José Antonio Pichardo made detailed studies of the limits of Louisiana and Texas. While they made academic investigations of the historic boundaries, Spanish forces, in 1806, moved east of the Sabine River to repel an anticipated invasion by Aaron Burr. In order to avert a clash, James Wilkinson and Simón de Herrera, the United States and Spanish military commanders, entered into an agreement that established the Neutral Ground, the area between the Arroyo Hondo and the Sabine River, as a buffer.

The makeshift arrangement lasted until 1819, when the Adams-Onís Treaty between Spain and the United States defined the eastern boundary of Texas as beginning at the mouth of the Sabine River, continuing along the west bank of the river to its intersection with the thirty-second parallel, and running due north from that intersection to the Red River. Spain delayed ratification of the Adams-Onís Treaty until 1821. By that time Mexico had declared her independence of Spain and refused to recognize the treaty boundary line. In 1828, after repeated efforts by the United States, the Mexican administration agreed to a survey of the 1819 line, but the Mexican congress refused to confirm the survey treaty until 1832, and then the line remained unsurveyed. Meanwhile, between 1819 and 1836 the Neches River was occasionally advanced as the eastern boundary of Texas. In 1840–41 a survey was made of that portion of the line between the Republic of Texas and the United States from the Gulf of Mexico to the Red River by a joint commission representing the two countries.

On July 5, 1848, the United States Congress passed an act giving its consent to the state of Texas to move its eastern boundary from the west bank of the Sabine River (including Sabine Pass and Sabine Lake to the middle of that stream, and on November 24, 1849, the Texas legislature enacted a law to that effect. The boundary was unchallenged from that time until November 27, 1941, when Louisiana governor Sam Jones wrote Texas governor Coke Stevenson, asserting that Louisiana’s western border was the west bank of the Sabine River.

It was more than twenty-seven years after Governor Jones’s letter to Governor Stevenson before Louisiana participated in any legal proceedings. United States district judge Robert Van Pelt, special master for the United States Supreme Court, heard the claims and recommended to the court, in a report filed in May 1972, that the boundary between Texas and Louisiana should be the geographic middle of the Sabine River, Sabine Lake, and Sabine Pass.

He also recommended that Louisiana be awarded all islands that existed in the river on April 8, 1812 (the date Louisiana was admitted to the Union), subject, however, to any claims that Texas might make to any such islands by reason of acquiescence and prescription; that all islands formed in the eastern half of the Sabine River since 1812 be awarded to Louisiana; and that all islands formed in the western half of the river since 1812 be awarded to Texas. Sixty-one square miles of the river and lake was involved in the dispute; at stake were more than 35,000 acres of land, four producing oil wells, and $2.6 million in oil lease bonuses collected by Texas.

Both states filed exceptions to the recommendations by the special master in July 1972, and after answers to each state’s exceptions the Supreme Court was to rule on the master’s report. The case was argued before the court in December 1972; the court’s ruling came early in March 1973, saying, in effect, that the boundary was the geographic middle of the Sabine River. However, the case was sent back to the special master for further study in regard to the ownership of islands and also to determine the extension of the boundary into the Gulf of Mexico.