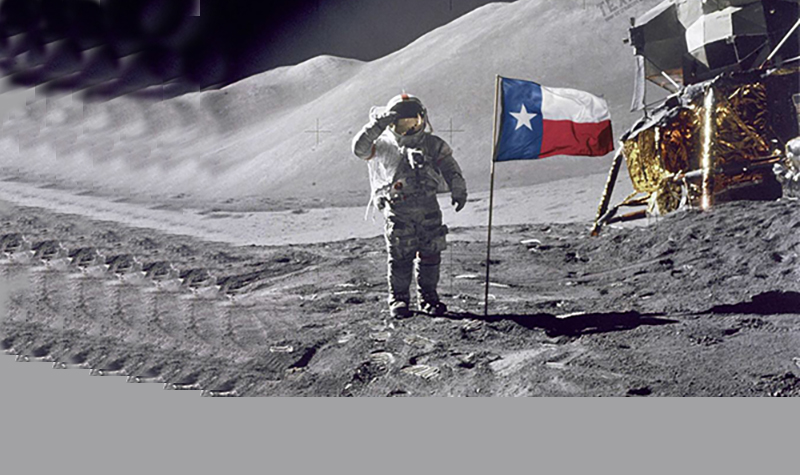 There are a lot of things said about Texas, some are true some are false….you can trust me I’m a Texan

There are a lot of things said about Texas. Some of them are true and some of them are false. The true things are generally being told by Texans. The falsehoods and lies generally come from non-Texans. I’m writing this today to clear the air and help you understand Texas more fully. All of these facts are 100% true. You can trust me. I’m a Texan.

1. Texas is the largest planet in the Solar System

Nasa and the other science folks who deal with that kinda thing recently announced that Texas was, in fact, the largest planet in the Solar System by a wide margin. They clarified the arrangement of the planets and said that the Earth doesn’t actually revolve around the Sun. Earth revolves around Texas. Crazy huh? Who knew?

2. It’s also the largest continent on Earth
You might be asking yourself, “how in the heck can it be its own planet and a continent on Earth?” Well, Texas is just that awesome. It defies physics, science, and common thinking, but it is what it is.

3. Texas happens to be the biggest country in the United States too; 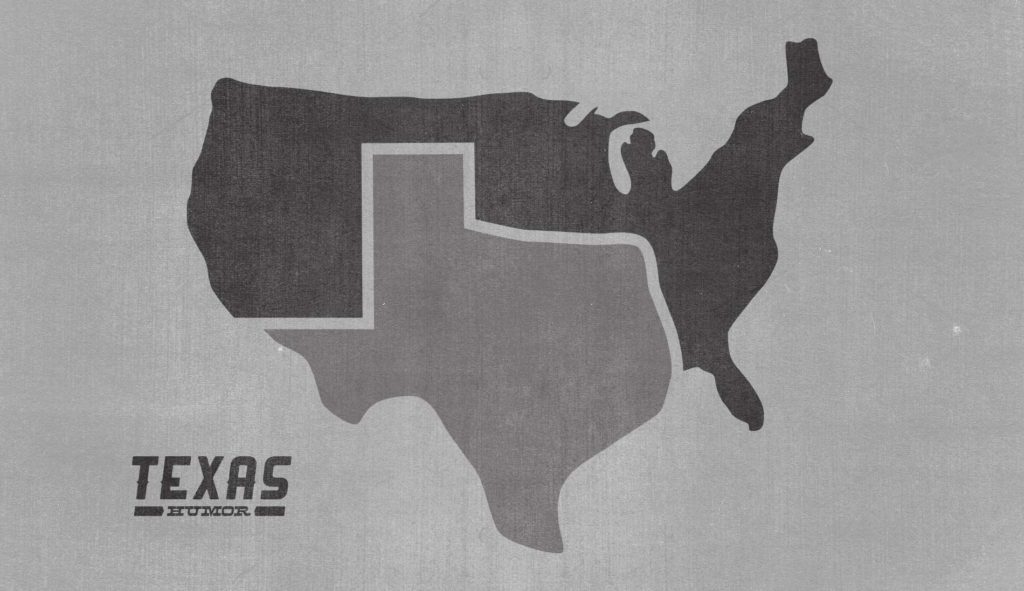 As you can see in the above map, which is totally drawn to scale, Texas is gigantic compared to the rest of the U.S.A. “Where is Alaska?” you ask? Alaska doesn’t really count because it really is smaller. Even if it was bigger, the only folks who live there are a few bears, some Salmon, and Sarah Palin. The population is just too small to matter. Texas is best. You can’t argue with facts y’all.

4. Vegetarian is an old Caddo word for “can’t hunt”
The word “Texas” is derived from the Caddo Indian word for “friend”. It makes sense that we would name our state that since we are all so dang friendly. What is less well known is that the word Vegetarian is a word derived from the Caddo language that means “one who can’t hunt for squat”. It’s true. Just go to your local library and look it up in the Caddo dictionary.

5. The fountain of youth is in Texas

It’s gotta be here and I’m pretty sure George Strait knows exactly where it is. He hasn’t aged a year since the 80’s. Poor old Juan Ponce de León was obsessed with finding it and all he had to do was come to Texas. Poor fella. Anyway, long live George Strait.

We’re very proud folks, in case you haven’t been able to tell so far. Our entire economy is based on it. Well, that and financial services, oil, Tex-Mex food, awesome Texas country music, Houston rap, and Whataburger.

7. The Texas flag is on the Moon 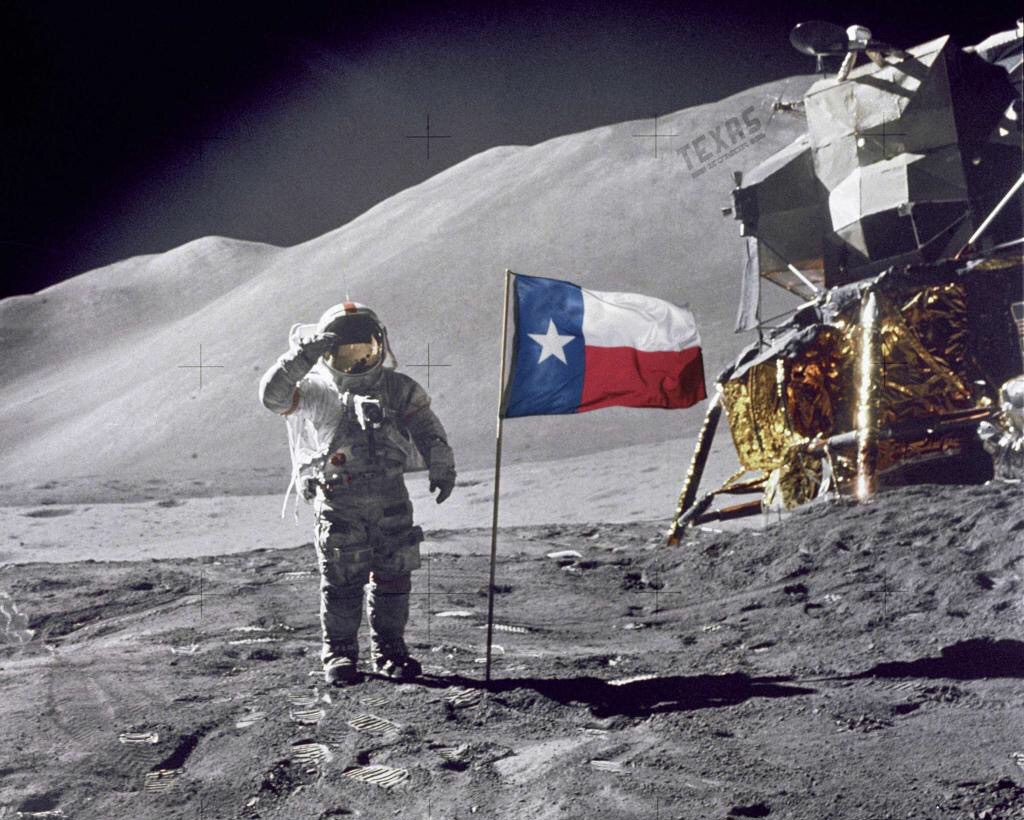 The first word spoken on the Moon was “Houston”. The Astronauts on the Apollo 11 mission enjoyed their time in Clear Lake and the Houston area so much that they decided before blastoff to plant the Lone Star Flag on the moon. It’s been there ever since because, well, Texas is forever.

8. The reason Texas has never fallen off in to the Gulf of Mexico is because Oklahoma sucks.
This one doesn’t need much explaining. It’s simple geology.

9. Statistically you have better odds of winning the Texas Lotto than predicting the weather here.

Anyone who has lived here long enough understands that the weather here moves faster than small town gossip. If you like what you’re feelin’, don’t get too comfortable because a hail storm or firestorm is coming in about 15 minutes. It’s a giant gamble every day. I don’t pray for rain. I pray for predictability.

10. It is state law that every small town in Texas has to have a Dairy Queen

They don’t call them the stop sign of Texas for nothin’. As soon as a small town is founded, they start making plans for where the Dairy Queen is gonna go. It’s the hangout spot for everyone after little league games, teenagers trying to get away from their folks, and everyone else who is tryin’ to find something to do in small town Texas.

11. Fixin’ To is the official verb of Texas

12. Texas is the answer to all of life’s problems 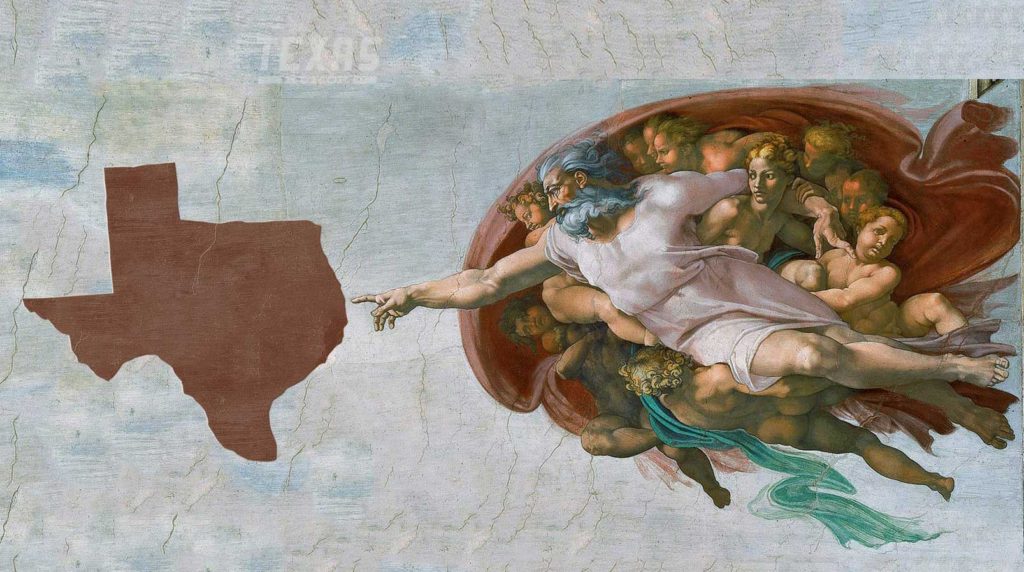 You know how it goes. You always leave the best for last. God rushed through his work getting the rest of the world built in 6 days. He took Sunday off to watch a little bit of Football, because who wouldn’t? Then on Monday, he took his time perfecting the place he wanted to retire to, if he ever decided to retire. Some people call it Texas. We call it Heaven on Earth.

15. Zoos in Texas are for all of the animals we can’t grill, smoke, or make in to jerky

We love animals. They’re great. But not all of them taste great. That’s why we have zoos. It’s where we keep all of those, less than edible animals.

16. It is state law that if it rains or snows in Texas, we must stop, take pictures of it, and freak out 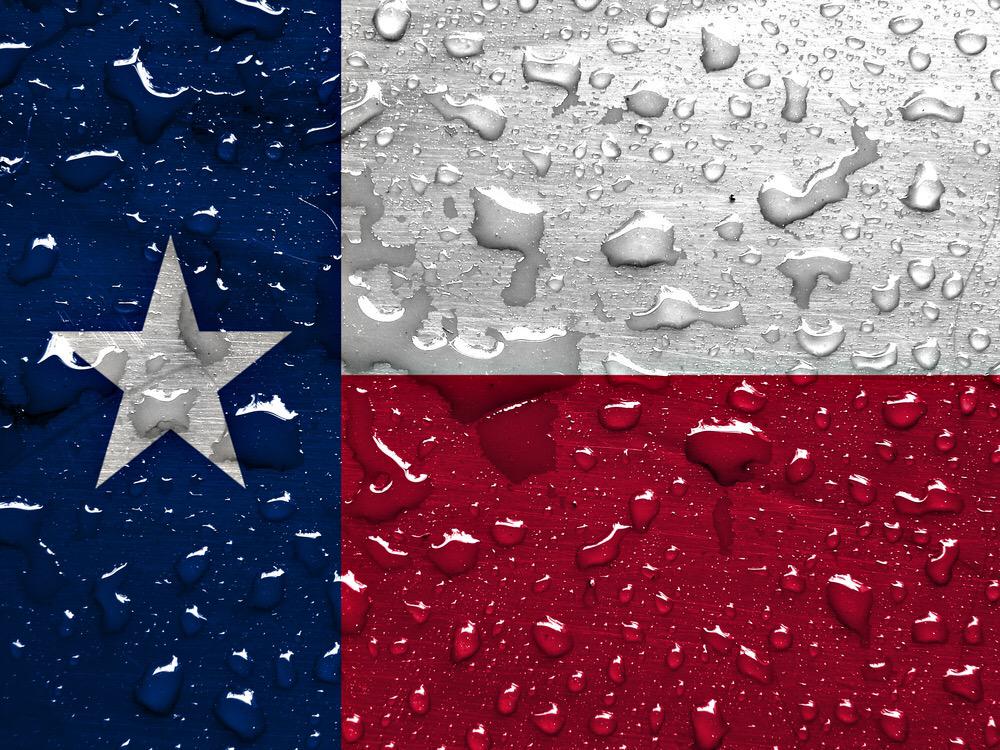 A wet Texas is a crazy Texas. These days, we so rarely see rain, that when we do we kinda freak out. At the last legislative session, the powers that be in Austin decided that “freak out moment” we all go through was so Texan, it should become law. So there ya have it. Next time you see rain. Lose your mind and let everyone on social media know about it. It’s the most Texan thing you can do. 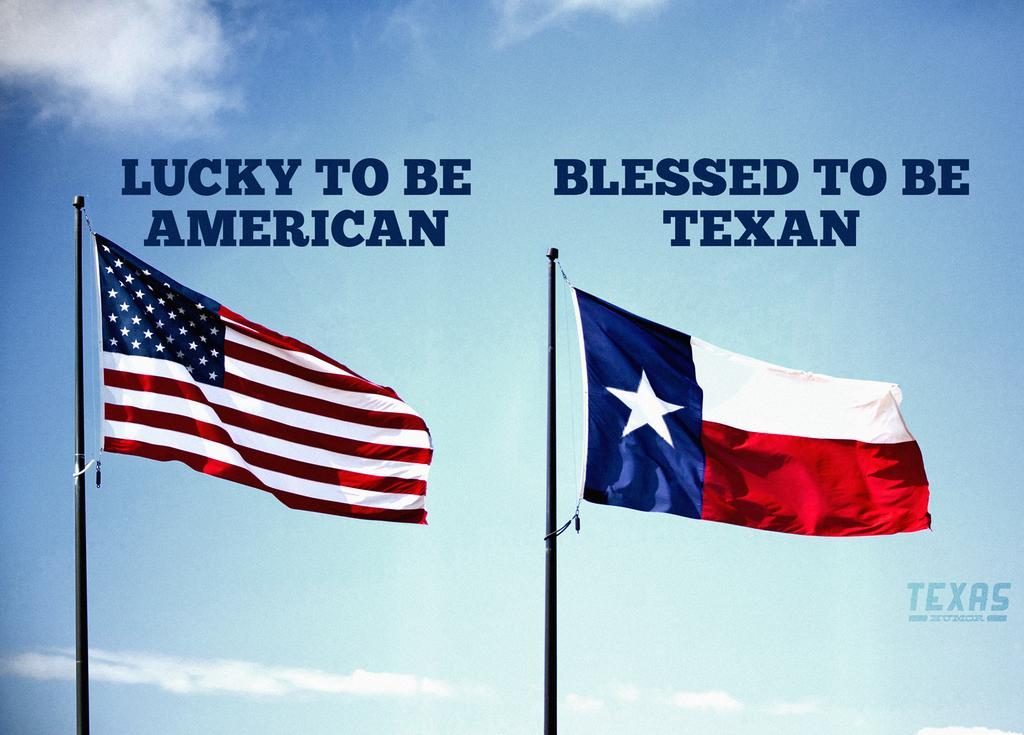 Being born an American is great and all, but it’s a simple fact that being born a Texan is a blessing. If you’re one of the blessed few, you should count your  blessed stars that you are.

18. There actually is a basement in the Alamo

Oddly enough, this is the most true fact on this entire list. Few folks know that there actually is a basement at the Alamo. Sorta. There is a lower level built underneath the current Alamo grounds where some of the offices for the Alamo management are located. PeeWee Herman himself recently got to tour it, but all these years later, his bike still isn’t there.