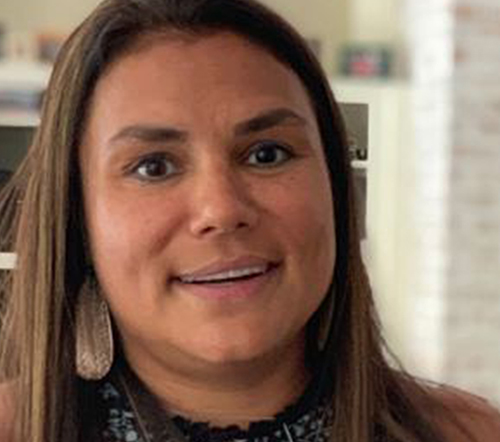 Failing to be elected to Colleyville City Council — “lifelong Republican?” complains to the LA TIMES “

Vanessa Steinkamp is the kind of voter that Texas Republicans counted on. She’s a devoted conservative who volunteered for Bob Dole’s presidential campaign, interned for former GOP Sen. Bill Frist and lives in an affluent suburb between Fort Worth and Dallas that is the reddest pocket of a reliably Republican district.

These days, though, Steinkamp feels alienated, not energized, by her party. The thought of voting in 2020 brings on a weary sigh.

Her unease underscores a larger problem for Texas Republicans: Female suburban voters like Steinkamp are no longer a sure bet for the party, injecting new competitiveness into the Lone Star State’s politics.

That dynamic captured the national spotlight last week when U.S. Rep. Kenny Marchant, a Republican who represents the communities outside Dallas and Fort Worth, including Steinkamp’s home of Colleyville, said he would not seek reelection next year — the fourth Texas Republican congressman to announce plans to retire.

Across the nation, Republicans are increasingly worried about their strength in once-friendly suburban terrain. Last week, Democrats officially took the lead in voter registrations in California’s Orange County, the storied GOP stronghold. Suburban districts in red states such as Georgia and North Carolina have become hotly contested.

Democrats have pined over Texas for decades, tantalized by the diversifying population and liberal lean of the state’s urban cores. But those hopes had largely been dashed by low voter turnout, a conservative streak among older Latinos, and Republican strength in the rural and suburban areas.

Recent elections, however, have signaled a shift. Donald Trump won the state in 2016 by 9 percentage points — the narrowest margin for a Republican presidential candidate in 20 years. In 2018, voter turnout surged by double digits, and Democrat Beto O’Rourke got within 3 percentage points of unseating incumbent Republican Sen. Ted Cruz.

The suburbs have become increasingly purple thanks to an influx of new residents. Some are coming from the state’s big cities in search of larger, more affordable houses and better school districts. Others are coming from out of state, and around the world, as the healthy economy attracts more workers.

Republican woes have been compounded by a flagging performance among white women in suburban areas. GOP operatives around Dallas-Fort Worth acknowledge this constituency was a glaring weakness in 2018.

Jill Tate, a Colleyville resident who is active in Republican Party groups, said she consistently heard other suburban women express qualms about the GOP over healthcare and immigration.

“They saw the kiddo being separated from their mom at the border, and it’s sad,” said Tate, 45. “We had a lot of [women] voting with their heart.”

Looming over specific policy critiques is a widely-felt exasperation among suburban women over the rancorous political environment — and the blame is falling largely on President Trump and his party.

Steinkamp is among those who despair over Trump’s behavior, which she said falls short of statesmanlike.

“I just wish he would talk about policy and he wouldn’t tweet all the time,” she said as she ferried her three children to the dentist for back-to-school checkups. “He tweets every thought that goes through his mind. I can’t stand that.”

Steinkamp, 42, and her family moved to Colleyville four years ago for her husband’s financial services job. Once predominantly pasture, the town boasts well-manicured subdivisions of big houses sitting on even bigger lots. The median income is $165,000.

Speaking in her spacious brick home at the end of a leafy cul de sac, Steinkamp fretted about how she saw Trump’s vitriolic approach to politics spilling into her community. When she ran for city council this year, her opponent branded her as a liberal interloper from Chicago. The sting of her defeat is still raw.

Her objections extend to Trump’s policies as well. Steinkamp, a government teacher at Tarrant Community College, credited the president with signing bipartisan criminal justice reform legislation, but blanched at him pursuing an $8-billion arms deal with Saudi Arabia over the objections of Congress and toying with granting clemency to imprisoned former Illinois Gov. Rod Blagojevich.

“Now, will I vote for a Democrat over Trump?” Steinkamp said. She thought of the leading progressives seeking the Democratic nomination: Massachusetts Sen. Elizabeth Warren and Vermont Sen. Bernie Sanders. “I do not agree with almost anything Warren says, what Sanders says. So it’s hard.”d 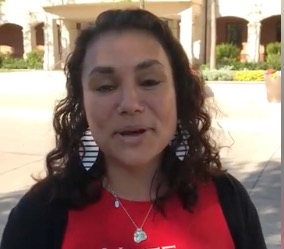 Below as reported on LNO is “Professor” Steinkamp; which apparently was also an exaggerated