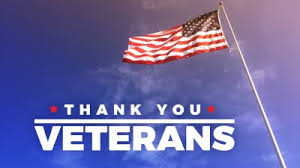 Please be advised, a special event permit for the Greater Dallas Veterans Day Parade “Commemorating the 75th Anniversary of D-Day”  has been issued for Monday, Nov. 11. The parade will commence following the official ceremony at 11 a.m. on City Hall Plaza. Projected attendance is 20,000.

The parade starts at 11:15 a.m. on Houston Street at Young Street. It travels north on Houston Street, east on Main Street, south on Ervay Street, west on Young Street, south on Akard Street and east on Marilla Street crossing City Hall Plaza where it ends. Road closures related to this special event will impact traffic around City Hall Plaza and the Central Business District.

Lamar Street, Griffin Street, and Commerce Street at Houston Street will remain open along the parade route to facilitate incoming and outgoing traffic. City Hall Parking Garage on Young Street will be open to employees.

The following streets will be closed to traffic from 8 a.m. until 1 p.m. for parade staging:

Parade route streets will be closed to traffic from 11 a.m. until approximately 2 p.m. Streets will close 15 minutes ahead of participants and will reopen as the last participant passes through:

Intermittent traffic control will affect the following streets for parade dispersal from 11 a.m. until 2:30 p.m.:

Please refer to the route map below and plan travel accordingly. If you have any questions or for more information, please contact LTC King Moss at 214-957 – 0186 or kingmoss2@gmail.com. Additionally, you may contact the Office of Special Events (Monday to Friday 8 a.m. to 5:30 p.m.) at specialevents@dallascityhall.com or by calling 214-939-2701.