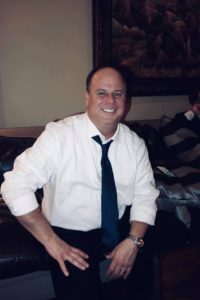 The Way it Was – a closed system of government insulated from its own constituents.

Eight years ago Colleyville City Hall was a very different place than it is today. Some of you may remember my story. I was building a new home on one of Colleyville’s bucolic, semi-rural streets when late in the construction process the city demanded that I construct an ADA-compliant sidewalk in front of my home that would have cost tens of thousands of dollars. The problem was no other home on the entire street had a sidewalk (and still doesn’t) so mine would never actually connect to anything. I protested of course and this led to having to attend many P&Z and Council meetings late into the night to plead my case to not have to build an expensive, unsightly and totally useless “sidewalk to nowhere”.

I tried unsuccessfully to get the mayor at the time, David Kelly, to meet with me to discuss the policy. He refused time and again. In fact, only one elected official in a town of less than 25,000 people agreed to take a meeting. In the meantime as my “sidewalks to nowhere” video was starting to get a lot of attention the city made a policy change so that the city council could hear appeals to the sidewalk policy. As it turned out a lot of folks were having the exact same issue I was.

So what was Mayor Kelly’s solution for me at this appeal hearing? He decided that I didn’t have to build the “sidewalk to nowhere” provided I pay the city the money I would have spent on the sidewalk construction. You read that right, friends. I ended up having to pay the city thousands of dollars to not build a sidewalk on a street with no sidewalks. It was stone cold government theft from my perspective.

But it gets worse…

A few months later the city convened a sidewalk committee meeting ostensibly as a reaction to the viral video and negative attention of my case. I dug into the land development code and formulated a coherent, rational policy for prioritizing sidewalk construction, equitable funding of sidewalks by all residents and developers, and putting an end to “sidewalks to nowhere”. I was an executive officer for a multi-billion dollar public company at the time so I captured it all in a detailed PowerPoint presentation and set off to this committee meeting where there would be a public hearing to explain the problems with the current policy and present my ideas. Mayor Kelly presided over that committee hearing, knew I was in the room to present and every committee member had a copy of my PowerPoint presentation in front of them. At the end of the committee’s discussion Mayor Kelly closed the meeting and refused to allow me to make my presentation. I would learn later that preventing or restricting any kind of public feedback or input was kind of core competency of his. It was at that moment I decided to run for city council. I was proud of my town but not proud of its government. In fact, as an American I was disgusted by it.

I ran for city council for one reason only – to change everything. I simply couldn’t abide living in a community where its residents were treated with such callousness and indifference by its own leadership who clearly had become insulated by being in office for far too long. I won my election against a multi-term incumbent by a 60-40 margin and ushered in a new model of communication, transparency and interaction with my constituents. One year later, I was voted “Best Public Official” in a Star Telegram reader’s poll. My council colleagues didn’t like that and still didn’t get it. They said I wasn’t a “team player” to which I politely explained that I wasn’t on their team – that my team is our residents and taxpayers.

Two years later, Mayor Kelly once again refused to listen to his own constituents who crowded city hall in opposition to his plan to radically increase residential density in town and bring in more apartments, townhomes and small lot developments. In those public hearings hundreds of citizens opposed Mayor Kelly’s re-visioning of Colleyville into his desired “New Urbanism” community, nonsense that woke central planners dream up complete with public transportation and “mixed use” residential development (aka apartments). He pushed the controversial comprehensive plan through anyway after months of protests by his own constituents. Residents were running up to the dais following the vote literally screaming at Mayor Kelly and the other council people that ram-rodded the plan through for refusing to listen to their own residents and constituents who they were elected to represent.

As it turned out Mayor Kelly only had the job a few more months as Colleyville citizens poured to the polls in record numbers in May of that next year to elect a new Mayor (former Mayor Richard Newton who returned to politics to help me clean up the culture at City Hall) and two new city council members (Tammy Nakamura and Bobby Lindamood) in overwhelming fashion. Each race was won by the challenger to the incumbents by a 62-38 margin. I was unanimously elected Mayor Pro Tem following that election and we went to work on an ambitious agenda to implement a new culture at city hall where elected officials and city staff would be completely available to its citizen residents, government would be completely transparent, ethical and any actual or perceived conflicts of interest disclosed.

We passed the strictest ethics and transparency reforms in the state for local elected officials and then asked our voters to codify them along with term limits (yes we term-limited ourselves) in a city charter election which ended up being the single biggest election in city history. The voters approved everything we asked them to by 80%+ margins.

We then set out to fix our decaying road infrastructure which was an embarrassment in many parts of town. We eliminated the city’s profit from water bills and created a more equitable fee structure, gave our first responders a much-needed raise and did it all without increasing property taxes. Colleyville has famously passed five budgets in the past six years that didn’t raise city property taxes on residents even accounting for county appraisal increases.

And the vast majority of you seem to have liked our “Citizen Servant” model of limited, open, transparent and accountable local government. Every city election since Mayor Kelly was voted out of office in 2016 has been won by the new political majority in 60/40 landslides. We purposefully built this new model of local government to be self-sustaining. That’s why we introduced term limits – so that another institutionalized incumbency controlled by a small number for a decade plus couldn’t close down city hall to its own citizens or their voices ever again.

This is a critical election as a result and the decision couldn’t be clearer. We implemented this model of citizen-first government to put the power and control of your local government back in YOUR hands. It’s about policy and not personalities. Because the policy results have worked and been incredibly popular with Colleyville residents the opposition (mostly perpetually angry, woke liberals who hate the success of this conservative, limited government model, and a few folks who were profiting off the previous administration) have once again resorted to the politics of personality destruction because that’s all they have.

Colleyville has never looked better, operated more efficiently and city hall is both completely open and responsive to its residents and taxpayers. In Republican circles the city has been lauded statewide as the THE model for local government in Texas, and the Texas Tribune has even been quoted as saying that “Governor Abbott looks to Colleyville to see what the base is thinking”. It’s the reason the Governor re-opened Texas just days after Mayor Newton re-opened outside dining during shutdowns and Colleyville restaurants were crushed with people from all over the state clamoring to exercise their lost freedoms.

Bobby Lindamood and Brandi Elder were critical to laying the foundation for the model of government Colleyville enjoys today and they will sustain that legacy. City Hall has come a long, long way in eight years. It works for YOU now friends and not the other way around. Don’t turn the lights at city hall back off by retreating to its dark, tyrannical past. Keep looking forward, Colleyville, and don’t look back.