Colleyville, Texas  August 20, 2015
Letters to the Editor at the Bottom of this Posting

The following is the status of the lawsuit as gleemed from the court records to date.

The lawsuit filed by Lindamood has been remanded to the 348th District Court.  The lawsuit, at this time, names defendants as Michael Taylor, Jan Mogged and Richard Fletcher, et al.  The lawsuit filed is a libel suit on behalf Lindamood in early May of 2015 after the publication of the so-called “Colleyville Voter Alert.”

The lawsuit defines false, misleading and disparaging comments by an unidentified author, about Lindamood, in an unrelated deposition in another matter, that was delivered to Colleyville voters just prior to the election.

Taylor, Mogged and Fletcher answered the libel  petition, and  filed a joint Motion to Dismiss (MTD) under the Texas Citizens Participation Act (TCPA) found in Chapter 27 of the Texas Civil Practice & Remedies Code (TCP&RC).  Their MTD was accompanied by their individual affidavits that are on file with the Court.

However, in what seems in conflict with the Motion to Dismiss, Taylor admitted in his Affidavit that he personally underlined, highlighted, delivered, discussed and published a seven page portion of that deposition at a meeting of the PAC for all there to see.  He says this despite the fact he previously denied to the Star-Telegram any involvement with the publication of the Alert.  As Taylor further admits in his Affidavit, he reduced the actual number of deposition pages to seven (7) pages, the exact same seven pages as the Alert.  Taylor admits in his Affidavit that during one of the PAC’s regular meetings at Worthington National Bank in Colleyville, he appeared with the deposition, excerpts in hand, which he attached as an Exhibit to his Affidavit.  He also admits he gave this excerpt to Fletcher and Chuck Mogged (Jan’s husband), which Jan admits in her Affidavit seeing and reviewing also.  Taylor admits he published the contents of the deposition and discussed its use against Lindamood, prior to the election, at that meeting.

All discovery is stayed under the provisions of Section 27.003(c) of TCP&RC unless on the motion of a party the court allows specified and limited discovery on matters relevant to the Motion to Dismiss.  Taylor, Mogged and Fletcher’s attorneys set a hearing date of August 27, 2015 for the Motion to Dismiss.  Lindamood’s filings shows his attorneys then asked for limited discovery of the Court as allowed under Section 27.006 (b) to which the Taylor group would not agree.

A hearing on Lindamood’s Motion for Expedited Discovery was set for July 30, 2015.  However, Judge, Dana Womack, was on vacation and the hearing was assigned to the well-respected retired Judge Fred Davis.

Defendant Jim Fletcher objected to this assignment and the hearing was delayed until August 14, 2015 when Judge Womack was available to hear it.  Taylor, Mogged and Fletcher opposed any discovery at all and opposed rescheduling the hearing date of their Motion to Dismiss as had been requested on behalf of Lindamood.

Judge Womack delivered to all counsel a letter from the Court on Monday, August 17, 2015 her ruling on two Motions filed on behalf of Lindamood.

Judge Womack also granted Lindamood’s motion to reschedule the hearing and reset the Motion to Dismiss for hearing on Thursday, September 24, 2015.

LNO requested a comment from Lindamood about his position and the status of the lawsuit. 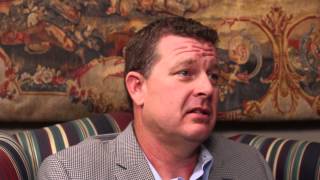 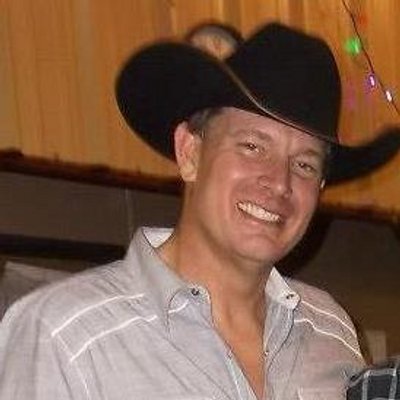 “I pray this matter will get resolved soon due to the toll it has taken and continues to take on me and my family. We are still shaken by these false statements and find it hard to be in the public eye for the fear of judgment due to these false and twisted remarks. It is tough to hold my head high, but friends and family throughout the community have rallied around me to try to keep my spirits up. I can take a good beating but it is my wife and small children who I fear for the most. I will press forward and will not lay down! It hurts a great deal, but again I thank those who have backed me and my family through this horrendous struggle to explain the true facts and see the real truth in my heart. I’m hopeful that the truth will be shown in a court of law and the justice system will prevail against this type of despicable behavior.”

As is such the nature of things in today’s legal system, there has been no substantial news since the filing until recently, as seen above. Taylor, Mogged and Fletcher filed the perfunctory, “Motion to Dismiss” MJF1-Motion to dismiss.  The motion points out that the Star Telegram and this LocalNewsOnly.com ran a story on the aforementioned mailer.  Except in reference to LNO, the response added, “an ally of Lindamood.”  The defendants Taylor, Mogged and Fletcher were described in the motions as follows: “…Taylor, Mogged, and Fletcher—the first a long-serving city councilman with a distinguished record; the second the wife of another city councilman who did nothing more than exercise her right to participate in a political campaign; the third, a concerned member of the community who only voiced his concerns regarding a political race in the time-honored tradition of voicing his opinions.”

The motion further makes the claim that any information put out about Lindamood would not be defamation, “Lindamood’s status as a public official means that as a matter of law, under the TCPA all communications made “in connection with” him as a candidate for public office are matters of public concern.”

In an additional explanation of the defendants, the motion states; “Jan Mogged is the wife of Chuck Mogged, the Colleyville city councilman who occupies Place 2 in Colleyville’s city-wide voting.32 Chuck Mogged serves on the city council with Taylor and is a political ally of Taylor.33″

In matters with Jan Mogged, the motions states: “Instead, the first time Mogged saw the Alert, it was published to her by one of Lindamood’s supporters, David Medlin, on May 4, 2015.4° On that day, Medlin confronted Mogged and asked her if she had any role in the Alert; she told Medlin that his publication of it to her was the first time she had seen it.4″

LNO contacted Medlin and he specifically denies the accounting of Jan Mogged on this point.


In the matter of the publication of the “Alert”, on behalf of Mike Taylor the Motion states, “There are two problems with Plaintiffs’ claims: (1) Taylor neither made, authored, published, republished, edited, discussed, disseminated, nor caused anyone to undertake such actions with regard to the Alert, any defamatory statement contained or based on the Alert, or any statement Plaintiffs want retracted as stated in Paragraph 56 of their Petition;58 (2) Plaintiffs have no clear and specific evidence to support their prima facie case.59″

In the matter of Mike Taylor using the information, the Motion states “Contrary to Plaintiffs’ claims, Taylor had the opportunity to use the deposition transcript excerpted in the Alert but took the least salacious course of action he could: he did not use it in his campaign.60 Taylor did not create, propound, edit, promote, endorse, publish, mail, deliver or otherwise handle the Alert.61 He did not direct anyone else to take such actions.62 He did not edit it, editorialize on it, reprint it, republish it, discuss it, nor did he have any of his alleged surrogates take such actions on his behalf.63 Why? Because Taylor correctly believed Lindamood would do exactly what Lindamood did:64 file a baseless lawsuit that would force Taylor to take the time and energy to defend himself against charges that he committed acts that he specifically avoided taking.”

Definition of “salacious” (of writing, pictures, or talk) treating sexual matters in an indecent way and typically conveying undue interest in or enjoyment of the subject).


Editors Note:  Actually the “least salacious” would have been for Mr. Taylor not to disseminate ANY of the information.

(Editor’s Note: If any party has been the least “salacious” in treatment of information, it is the party with irrefutable DNA evidence in the matter of, “a long-serving city councilman with a distinguished record,” not publishing the information the week before the aforementioned election date.)

The Affidavit’s from Public Record filed by the Defendants can be read in their entirety on the links provided below:

The following are articles previously posted on LocalNewsOnly.com on this lawsuit.

Click on Link to Read the Original Article
As first reported on LNO on May 5, 2015; a scurrilous mailer hit the mailboxes of scores of households in Colleyville.  Sort of the “October Surprise” type of “gotcha” attack.

As first reported, the mailer contained excerpts from a deposition in small black print, but the author provided commentary and conclusions in bright red ink.  Conclusions that were neither relevant nor accurate to the document.

Click on Link to Read the Original Article
On May 8, 2015, LNO Reported:
Lindamood Lawsuit Seeks $1 Million Plus From Whisper Attack Proponents
Lindamood’s lawsuit points out that a group of individuals came together and organized for the specific purpose entity known as Protect Colleyville.  The group raised funds from donations, set up a website at www.protectcolleyville.com, paid for advertising, sent out mailers and placed large signs in the city.  Further, in the court documents filed it states, “Defendant PAC has spent in excess of $500 in mailings, billboards and a website, and therefore is in essence a PAC.  Defendant PAC has failed to file the necessary treasurer reports required by law.”